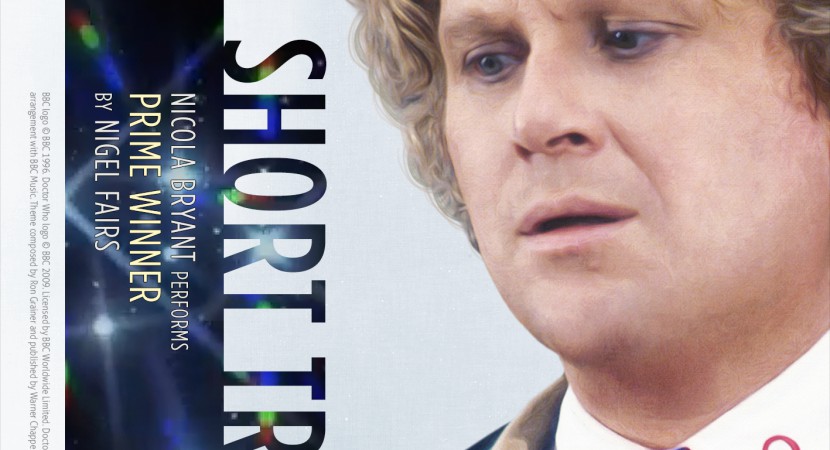 Short but entertaining, a delight for fans of the Peri and prickly!Sixie era.

It’s a timey-wimey tale that packs a lot into half an hour: humour, mystery, paradox, an interesting setting, and good character moments for both Peri and the Sixth Doctor at his most maddening yet endearing. Part of the fun is that Nicola’s real voice is very easy on the ears, and Short Trips lets her use it for narration. She switches between it and Peri and her fabulous Colin imitation and guest characters so effortlessly that I was getting voicework whiplash for the first few minutes until I got used to it.

The Doctor crash lands in a casino, where our heroes are discombobulated by turbulence, a vanishing TARDIS, and someone who looks maddeningly like Howard’s stepfather. On the plus side, they get to bluff the house. Someone’s winning big— will it be the Doctor and Peri by the end of the story?

With Short Trips, I can’t say much without spoilers, but author Nigel Fairs has a knack for piecing together a solid little story within a half-hour time limit and nailing the voices and personalities of the regulars. I’m especially appreciative that he can include TV Peri’s whining and the Sixth Doctor’s most aggravating habits and yet they’re still lovable, something the TV scripts didn’t pull off as smoothly. It helps that their strengths and better aspects are also on full display.

I’m not surprised to see Lisa Bowerman directed it. Nicola doesn’t need guidance, but the tone of this one reflects Lisa’s energy and quirky sense of humour.

Continuity: Peri thinks they’re going to Necros because the Doctor tells her to wear blue, so it’s after Season 22, but the Doctor is still his exasperating TV self, so it’s not post Widow’s Assassin.

THE PUNCHLINE. Give that man a Golden Lampshade Award!