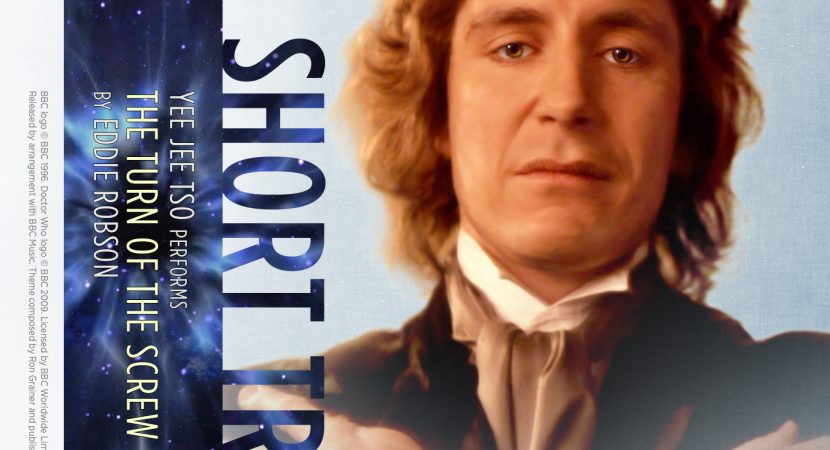 UNIT officer Charlie Sato takes on thugs, torture, and VW Bugs on a covert mission to recover a mysterious alien artifact: a screwdriver.

Presumably due to licensing issues, Yee Jee Tso and Daphne Ashbrook haven’t been able to reprise their roles from the 1996 Doctor Who movie. So Big Finish has given them a second life as UNIT officers in Tales fron the Vault, Mastermind, and The Worlds of Doctor Who. This time, Charlie’s off on his own having one of those uncomfortable adventures that used to feature blokes like Harrison Ford or Bruce Willis beat up and bleeding and hiding from goons behind a piece of set dressing.

Yee Jee Tso narrates Sato’s misadventures with a blasé American deadpan. At first, Charlie sounds like he’s trying a little too hard to sound cool and impress whomever he’s reporting to. His near-monotone saps some of the excitement from the early scenes. But he becomes more animated when the adventure kicks into high gear and changes from an artifact retrieval mission into a race to save the world.

The Doctor puts in an appearance eventually, and he’s soon back on familiar ground trying to restrain a gun-happy UNIT officer from making a tense situation worse. It’s fun seeing him through Charlie’s eyes.

The other aliens in this story are an interesting SF twist that I don’t think Doctor Who has toyed with before. (Blake’s 7 did, back in the day, but I won’t say which ep so I don’t spoil it).

There’s one minor reference to another Doctor Who adventure I haven’t come across yet. I’m not sure if it’s a later Eighth Doctor adventure, new Who, or setup for a future story.

On the one hand, this is darker than a lot of classic Who, with moments of physical brutality. On the other hand, there’s a certain amount of Gaimanesque humour, enhanced by Charlie’s informal way of describing things. (I was expecting Queen to come blaring out of a car’s tape deck at one point.) The Eighth Doctor is comfortably himself from his early more innocent days, baffling and kindly and persuasive as needed.