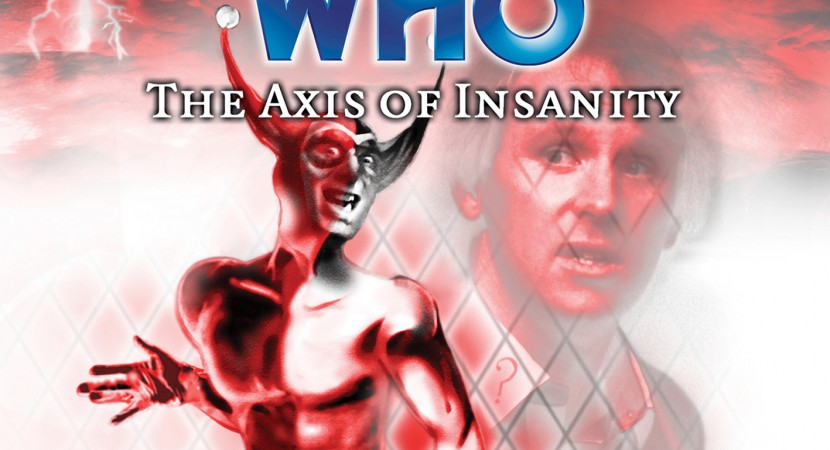 I’m not overly thrilled by one-dimensional evil clowns, but this is a good classic Who action-adventure with some memorable “Time Lord canon” moments that make it worth a listen.

Pharaoh Erimem is still settling in when the TARDIS gets drawn offcourse into a nightmarish pocket universe. The stakes are high: if things go awry here, the chain reaction could start unravelling the primary timeline of the universe. The dangers are epic as well: Dragons, insanity, lies, over-the-top acting, and a certain devil-may-care approach to the laws of physics. Peri, Erimem and the Doctor each have to survive their own ordeals of wits and endurance.

For the most part, this is a straightforward adventure with thrills, danger, and a lot of running and puzzle-solving. There’s a cardboard villain, scary monsters, and some truly wild settings that I’m not sure even modern Who could pull off. This is a story where the powers of the imagination trump CGI. Its plot is fairly bare-bones, relying on thrills more than story.

Tog: Where to begin, now. And more vexing still, what to tell you, without you thinking that I am plainly mad.
Erimem: Oh, we have seen many strange and wonderful things.
Peri: Yeah, we’re pretty much weirded out.

The last time I listened, Axis of Insanity didn’t impress me that much. It was a decent adventure, but never going to land on my “recommended Big Finish” list for newbies.

But on a relisten, I appreciated its attention to character. Erimem is still proving herself to be an excellent addition to the team, giving Peri a friend to trust and nuture from her own fund of hard-won companion knowhow. Erimem is a girl from the ancient world dealing with situations utterly outside her native experience, but her courage and resourcefulness ; compensate for lack. Peri has little to do besides survive in this story, but her real-world snark provides an amusing counterpoint to her friends’ more elevated manners. And the fifth Doctor shows off his action hero streak, while Peter shows off his ability to sound like he’s in mortal agony. Poor Five.

Most of all, I like the meta during the later stages of this audio. There’s some interesting commentary on who and what Time Lords are. There’s a brief discussion of the Doctor’s problematic relationship with his companions, which I found far more in-character than the memento mori discussion in Scherzo. There’s a touching scene at the end that I can’t spoil, but it’s an idea that the reboot series thought good enough to reprise.

Unusually for a Big Finish script, the best part is Part IV. That’s where the action comes to a head, that’s where Erimem and the Doctor face their worst ordeals, and that’s where we hear the little canon monologues that I found particularly satisfying. They bumped what I might’ve rated a 7 (because of the comic book villain and action-at-the-expense-of-plot) up to an 8 or 9.

Look away now, because this is a little surprise it’s more fun to come at unspoiled.

I love the graveyard at the end. I haven’t seen that much of the new series, but I gather that Gaiman picked up on the idea of the junkyard of dead TARDISes. Did he hear this scene first? I don’t know. It was short and sweet, but evocative.

Also? Trial of a Timelord and the EU did a lot to tear down the “noble” side of what the Time Lords are. Granted, they’ve always been pompous asses, and occasionally risible (Runcible!), but there was still a sense of special purpose and mission about them. I don’t want that to be lost. So I loved the Doctor’s thoughtful speech when he’s resigning himself to die, once again, to save the universe. He addresses the pomposity while avoiding sounding pompous. He restores some respect for what Time Lords are, even if many representatives fall short of that reality. It’s difficult to care about a story about corruption and fall from grace if you never see the grace. This story deals with both: the cruel reality of the Axis, where victims of Time Lord mistakes are forced to wallow in undeserved purgatories, and the noble selflessness of Time Lords pledged to protect the web of time at the cost of their own lives.

I also love Five’s quiet moments of true heroism. He doesn’t show off with magnificent speeches, nor by calling himself the Other or Oncoming Storm or tossing out his credentials like thunderbolts. Instead, he’s still the hero he was back in the old days, before the character became so epic: a homeless wanderer and dabbler, not a particularly great Time Lord, even, but still a Time Lord with a sense of duty and the ability to do more than most to safeguard the fabric of time.