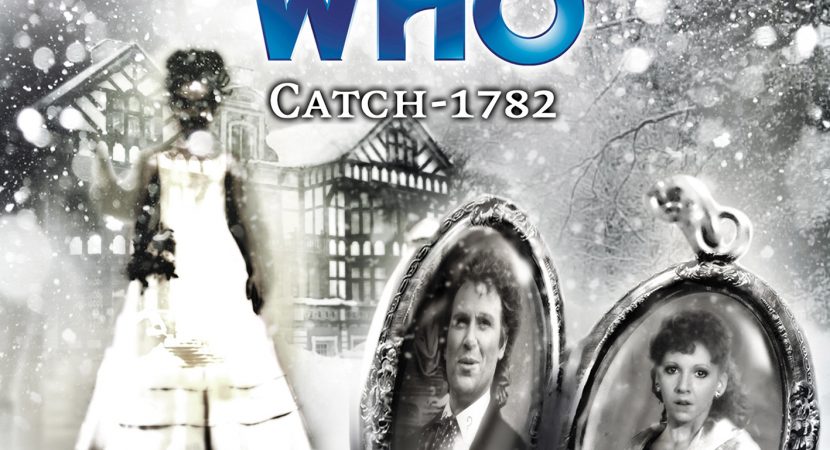 This might’ve made a great Short Trip, but as a two-hour full cast audio, it’s a bit of a yawn.

The description on the Big Finish page for Catch 1782 is 90% of the plot: Mel visits her uncle, goes back in time, and meets an ancestor. Leaving proves difficult, and staying even more so.

The story pads out the plot in various ways, including an entire episode devoted to telling us about a science foundation that has nothing to do with the plot other than to provide a McGuffin. Even her uncle’s meowing cat can only do so much to add interest. Two of the three cliffhangers are limp, with the resolution to the first one hand-waved offscreen. I lost patience and turned off the audio when the Doctor as good as said, “Oops, can’t bring Mel back yet; we’re not to Part IV!” Most frustrating of all, almost the entire plot arc (what little there is of it) is telegraphed in advance. The attentive listener will know quite early on exactly how they’ll resolve the “Catch 1782.”

There’s some squirm-inducing moments in which Mel’s situation becomes uncomfortable, but they’re few and far between, and they don’t add menace so much as awkwardness to the story. Nor can the guest characters help much. They’re fairly three-dimensional, but they’re also inconsistent. Each of them has a “who the hell are you? I don’t trust you!” scene followed by an “all right, I trust you” scene, without much reason to switch from one stance to the other. Also, sadly, the story takes almost zero advantage of being a period piece, apart from giving us a glimpse of the horrors of 18th century medicine. It’s a shame to set something in the period of Jane Austen and exploit the era so little that it could just as easily be 1940.

I apologise for spoiling most of this audio, but there’s not that much to spoil. It’s a pity, because both Colin Baker and Bonnie Langford are capable of so much, if they’re given more of a story to work with. They’re good enough actors to breathe some life into the script, but in the end, I thought it was a boring, protracted Damsel in Distress plot that might’ve been wrapped up in five minutes if the Doctor could steer.

I’m afraid that rating it 4 may be overly harsh, but that’s the shorthand I use for, “There’s some good parts, but overall I disliked it.” Which is absolutely the case.

Like I said, I guessed the resolution to the story almost the instant it introduced the problem. As soon as Mel’s uncle tells the Doctor that “Eleanor” either died or disappeared under mysterious circumstances, it’s pretty obvious that she’s Mel, and she leaves in the TARDIS. Even the mystery of the painting was undermined at the start: it couldn’t be Mel, or Mel or her uncle would’ve noticed while they were looking at it.  So as soon as we meet the housekeeper pining after her master, we know the identity of Henry’s next wife, and we know Mel won’t be his wife long before he proposes to her. Which lets most of the dramatic tension out of the balloon.

The most interesting part of the audio is the ghost. It’s cute that Mel’s skeptical about it, when it’s herself. What’s not so cute is that she doesn’t remember being the ghost. Once she goes back in time, we never see her slipping out of time or anything to account for those echoes or her conversation with the workmen. They weren’t around to say, “You again!” but why didn’t the Doctor recognise her?

The only dramatic tension in  this story is an undertone of rape, which Doctor Who generally tries to avoid suggesting with its vulnerable female companions. Mel is drugged and imprisoned without her consent, which is already a violation of her body and mind. In the final fifteen minutes, Henry declares he’s going to force his captive to marry him, which really is a rape threat. Mel calls him on it but nearly gives in to what she believes is part of history.  It’s a cheap, twitch-inducing way to impart a little last-minute peril to a plot that’s otherwise boiled down to “Mel is stranded and needs the Doctor to come get her.” Luckily or unluckily, once again, the threat is issued so late that we know the Doctor is already poised her to whisk her away, undermining any sense of drama.

The one clever twist was that Mel’s treated as a madwoman for most of the story when it’s really Henry who’s losing it. That is clever, except that the story barely mentions it until the epilogue. In fact, it’s odd how much of this audio is handwaved, from the Doctor winning John’s confidence in a conversation that takes place “offscreen” to the news that the housekeeper married Henry after we left him trying to kill her.

The third Mel and Sixth Doctor audio, following The Juggernauts (although it’s totally self-contained with no reference to any other adventure). Production Code 7C/T puts it in the gap between Trial of a Timelord and Time and the Rani, as usual, and closer to Time and the Rani than not (since Mel’s his companion at the time he regenerates).