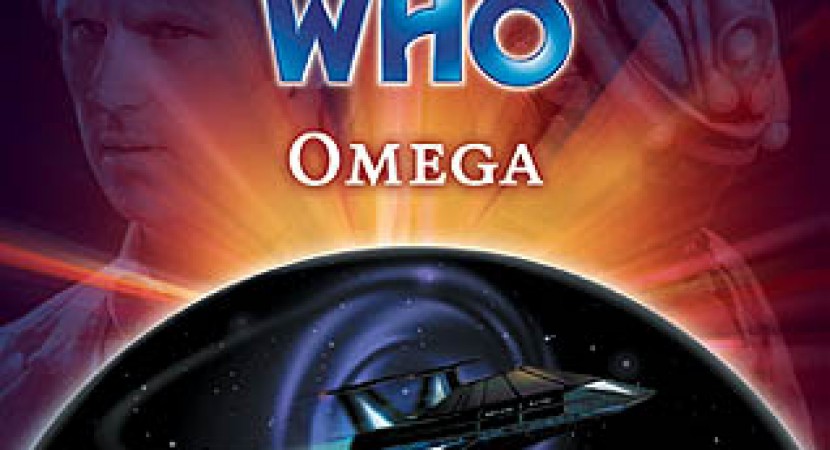 This one is just plain fun. Not only is Peter Davison in top form, but Ian Collier is spitting scenery out of his incisors with humour and charisma. Nevertheless, this is a surprisingly serious story, with some real pathos mixed in with the banter and meta.

Having received a telepathic signal, the Doctor  joins a tour group reveling in the legend of the villain Omega. Naturally, the legend has not been put to rest after all. History is repeating itself in gruesome ways, and it’s up to the Doctor to figure out why. Peter Davison has joked that he keeps having to mop up previous Doctors’ unfinished business in the audios, but this time it’s his own mess that wants mopping up.

“We are alike, Doctor?”
“Absolutely! Apart from the ‘wanting to destroy the Time Lords in a hideous act of revenge’ stuff. Though I’ve had a few days like that myself.”

This audio toys with questions of history versus myth, propaganda versus truth, dramatisation vs reality, and memory versus insanity. Exactly what happened to Omega to drag him into the antimatter universe in the first place? Why is he known as “Omega”? And how is he related to Rassilon? More recent audios and the new show have deconstructed Rassilon as a hero of Gallifrey, but at this point his most well-known appearance was in The Five Doctors, where he turned out to be a benevolent figure at the end.

There’s one fantastic twist about partway through which I won’t spoil.

Apart from a weak romance storyline, this is a thoroughly enjoyable audio with some fruity guest characters (including Conrad Westmas’ Big Finish debut playing the hapless Tarpov as well as a Rassilon cameo).

We’re used to stories questioning the Doctor’s ethics and making him responsible for genocides now, but this is one of the first stories to do it. Fans were furious when Saward had Six knock off the Vervoids back in the day — whatever happened to “Have I the right?” It was shocking when he inadvertently harmed Veln in Creatures of Beauty, and it’s shocking here. But at least this time Fallible Five is aware of and regrets what he did.