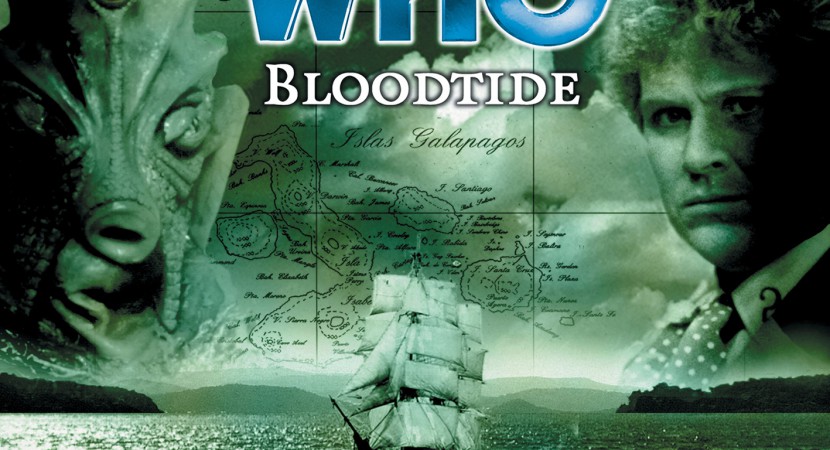 You just can’t go wrong with the Myrka, I mean Evelyn Smythe, starring in another classic historical.

The Doctor takes Evelyn to the Galapagos to witness a great moment in history, along with some not-so-great moments at the local penal colony and its despotic governor. If he weren’t bad enough, history receives a rather rude jostle from cranky Silurians. Most of this story is a fun but straightforward adventure and an excuse for Evelyn to hang out with young Charles Darwin, appeallingly brought to life by none other than Miles Richardson (Brax). As young as he is, she can’t help mentoring him like one of her students, helping him focus his ideas using Socratic questioning. With Silurians lurking in the background, I kept wondering how this story was going to head off a major kink in the web of time, especially since DW is not above rewriting history and famous figures.

“A sort of…survival of the fittest?”
“What an odd expression. Obviously, the fittest are most suited to survive; that’s what fittest means. No, no…” Evelyn helping Darwin refine his thesis

We’re back to good guest characters, including the first female Silurian I can remember played by Helen Goldwyn (I’m going to have to start listenig for her like Jez Fielder/Jeremy James, Barnaby Edwards, and Toby Longworth; they seem to handle a good chunk of speaking extras). The Silurians are given a little more depth here, as usual, than they received on classic Who, while still being perfectly in keeping with classic Who’s portrayal. Sound designer Alistair Lock had a field today recreating classic Silurian voices and the ringing sound effect of their third eye.

Colin Baker is his usual blend of pompositude and hidden compassion, while Maggie Stables as Evelyn makes every DW story better. Well, almost, although Doctor Who’s grasp of the fossil record is still about as accurate as its American accents. So, once you turn off your brain and stop sputtering, “the missing link was found decades ago… LOTS OF THEM!” you’ll find this story a fun old classic Who adventure.

Remember what I said about wondering how the Doctor was going to patch up the paradoxes in the web of time? The solution is a bit OH LOOK OVER THERE!!!! Also, I felt like the Doctor and Evelyn were too casual about the number of bodies on the floor during the wrap-up, which was trying to end on a positive note. Despite those shortcomings, I enjoyed Bloodtide very much. It’s hard to fault a good cast and Evelyn and Six at their witty best.

Oh, hey, this is the first Jonny Morris script. He has a knack for making sympathetic secondary characters and timey-wimey plots. His scripts are going to improve after this, but it’s a solid start. I was going to say: it was clever of the author to come up with a reason why the Silurians of classic Who randomly didn’t wake up when they intended. There’s his timey-wimey. The anti-GMO moralising may be a mite heavy-handed, but it’s typical Who.

I suggest snagging Simon Hodges’ custom cover art. Much like the audio medium, he managed to make the Myrka look impressive. (Amusingly, Rob Shearman has a voice credit for it. But who did the kung fu?)

This is the fourth Evelyn Smythe adventure, set between The Apocalypse Element and Project: Twilight.