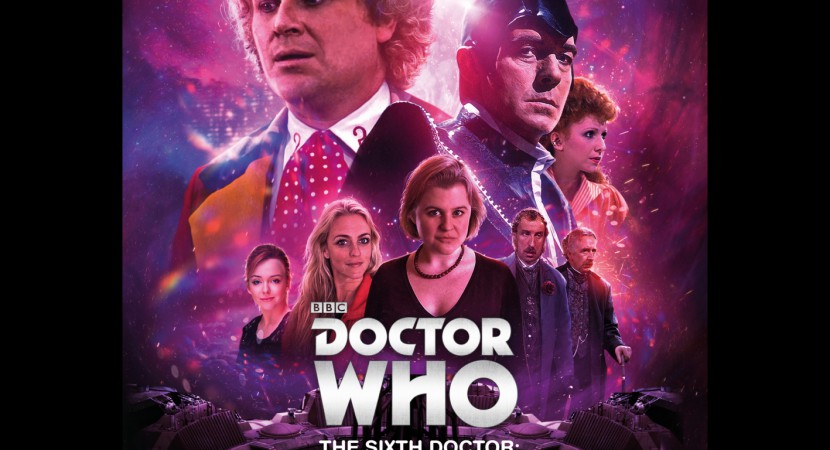 I have the same trouble with corny monster-voices that some fans have with bad classic Who FX, but this story gets better as it goes along.

Six and Charley Pollard (!) land on the Island of the Furries and soon get separated, each falling in with a different faction of wolfy aroo people working at cross-purposes to the other. The Doctor and Charley wind up working at cross-purposes as well, although an hour isn’t long enough to develop that plot fully. To add even more complications, Charley keeps having to conceal her past experiences with his future self. It’s a fun storytelling element, that the audience and Charley know more than the Doctor in some respects!

I always have trouble with werewolf stories, thanks to burning out on World of Darkness games in the 90s. So it puts my hackles up as soon as I hear professional actors trying to sound like members of the Bryn Mawr Werewolf Society of which I was a founding member. (Yes, that’s fang-in-cheek hypocrisy, but when you’ve gotten together with college chums to howl at the moon before finals, it’s difficult to take seriously an audio which has people yelling “awooo!”)

That said, India Fisher and Colin Baker nearly manage to prop up my suspension of disbelief, thanks to their great dynamic. Several of the werewolves have a lot of charm and personality, once you get past the growly bits, and some of them prove to be more than the shallow caricatures you’d expect. There is also a clever subversion of the usual werewolf trope, and a number of moments when classic Who clichés get the rug yanked out from under them.

There’s also a more serious side to this story. The Doctor has some gentle but pointed comments about Charley’s classist blinkers. Also, since Charley and the Doctor are coming at the same messy situation from opposite angles, we learn how the opposing factions each have valid reasons for doing what they do (as well as reprehensible reasons). Conflict based on two diametrically opposed solutions to the same problem is more interesting than antagonist = baddie.

More importantly, there’s some brilliant stuff with the Valeyard barging in. No spoiler, since he’s on the cover and credits. Michael Jayston is excellent, even in a context that reminds me of some of the crazy scenarios of Season 25. He’s shrewd, charismatic, authoritative, and cuts through the Doctor’s BS with ruthlessly intelligent insights, while lying through his teeth (or does he?) much like Delgado’s Master at his best. And Charley has to face off with him without giving away what she knows to Six, another nice touch.

I’m waffling with the rating because, on the one hand, I noticed more plot holes with this one than usual, and a hasty handwave wraps it up to keep it to one hour, yet on the other, I enjoyed the audio anyway because India Fisher, Colin Baker and Michael Jayston are strong enough actors to carry me past the parts that made me wince. Also, this is clearly one piece of a larger whole, although the Doctor doesn’t yet know someone’s meddling with him again.

I don’t usually notice the imitations of the audio medium, but this was one story where “look at this big village of all these people not talking to us!” drew my attention too much towards the silent, invisible populace. Same problem when the sergeant urges the kiddies to go home and tell their parents they loved them: a nice touch, but what parents?

The plot holes are more like saggy spots in the floor: Charley takes the Doctor’s coat to lead the hunting party away, but if he can’t move as fast as she does then there’s no reason they’d not track him; Aaron goes to the Red House to find his cousin, giving him rather more depth, but then we never find his cousin; the Doctor and Charley are bullied into taking a breeding pair with them, but that feels contrived and nothing much comes of it; everything is resolved in the last few minutes with “oh, hey, the bomb won’t hit us!” and “maybe they won’t send another!” and “maybe they can use barely-seaworthy rafts to float to some nearby island which surely won’t be discovered and nuked.”

I did like the clever misdirection of the Doctor pretending to hypnotise them, the wolves saying, “That won’t work; I’m a Toydarian!” or words to that effect, and then it turns out he’s trying to dazzle them with sunlight instead. And, yes, the whole idea of were-humans is clever (again, we’ve had  that as a metis deformity in the White Wolf universe, but here’s to a trope that doesn’t happen often).