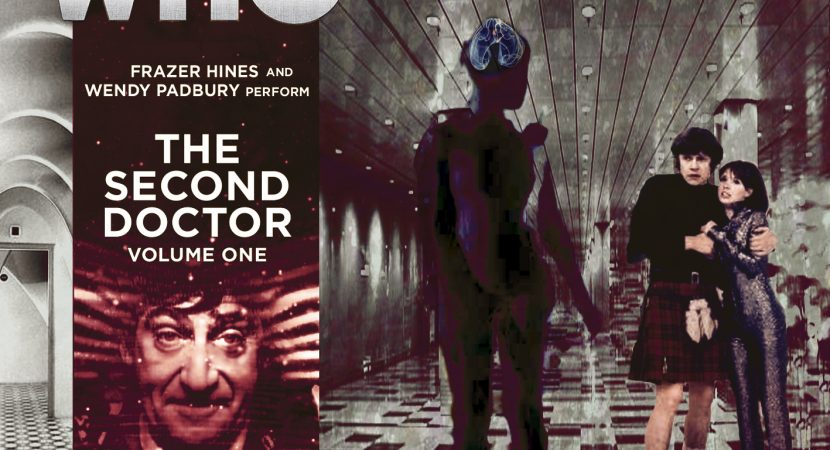 Zoe hasn’t been traveling with Jamie and the Doctor long, but she’s certain that her late-21st-century progressive values give her a more enlightened outlook than Jamie. Naturally, he doesn’t take kindly to her patronising point of view. Before they can start a flame war, the Doctor lands them at a medical facility for violent offenders. Is something more sinister than therapy going on? It’s a matter of perspective, and it’s messing with Jamie’s head. Some of his fears may be paranoia, but he’s got a point, as Zoe soon begins to realise.

Zoe: What’s wrong with them? Why don’t they speak?
Integral: An inappropriate question with clients present.

The Doctor joins forces with the head researcher to try and help with an experiment that’s gone awry. Jamie and Zoe, meanwhile, find themselves uncovering a murder mystery as the patients begin to turn violent. That’s when Jamie’s brawn comes in handy. Zoe seems to have forgotten the judo she used in The Mind Robber, but she can still think on her feet. Unfortunately, mathematical skills and reasoned argument can only go so far.

Wendy and Frazer are brilliant, as usual, even when voicing secondary characters. These include a gifted scientist working on a cure, his stereotypically 60s-bombshell female assistant, and a couple of unusual aliens, the Integral, who really need to wear hats.

Since this is a Companion Chronicle, Wendy Padbury and Frazer Hines take turns narrating, sometimes voicing the Doctor and guest characters, other times acting out the scenes as if they were “live.” It’s a tricky balance to strike. I sometimes found the jump from third-person narrative to first-person POV a little confusing in this story. On the other hand, while the patients don’t have a lot to say, the sound effects vividly convey their background presence, a mass of people that could become dangerous at any moment.

This audio grapples with a number of ethical issues in a heavy-handed classic Star Trek manner, so much that it reminds me of Dagger of the Mind. Of course, that’s authentic for the era, since classic Trek and this TARDIS team were on TV at about the same time. The pedantic moralising occasionally got in the way of my enjoyment, but I did appreciate the mix of action and cerebral problem-solving, as well as the allusions to Jung.

Despite my nitpicking, I gotta say, I like the way this boxset is following the arc of Jamie’s education during his time aboard the TARDIS. He’s such a fantastic character, and these episodes are doing justice to the way he grew and changed over time. It makes his fate at the end of The War Games, like Donna’s,  that much more tragic.

Here’s mine, but the one you’ll want is Simon Hodges’ custom cover.

I get a little tired of people banging on about the stereotype of video games causing violence, very much the sort of thing that Mary Whitehouse would be on about nowadays. Not to say it isn’t a complex issue worth exploring, but this story exaggerated it to cliché levels and beyond, hence my comparison to classic Trek.

I was relieved that, at the end, the Integral learned enough from Jamie to stop inflicting virtual lobotomies on their patients, which however well-intentioned made them almost as harmful as Jamie initially suspected.

Also, it was a nice touch having the base-under-siege turn out to be humans threatening the aliens, although the concept was somewhat watered down by the fact that the murderer was a robot.