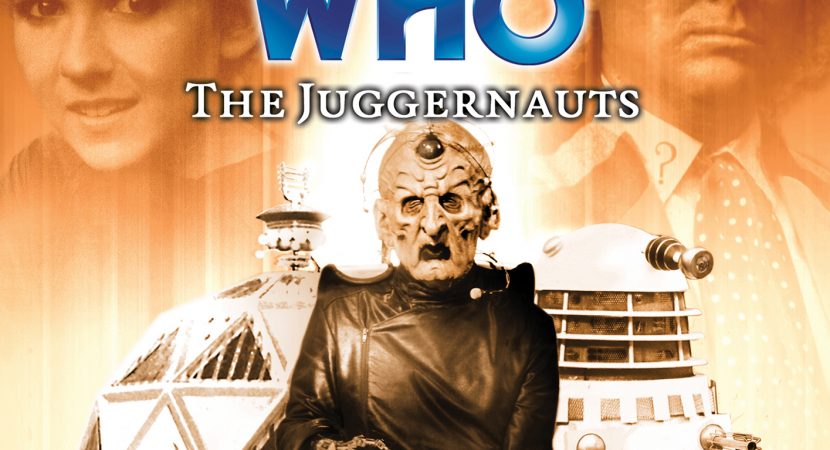 I’ve been hearing murmurs about this one for a while, and it is indeed a great story, especially for Mel.

She and the Doctor are separated during a spaceship disaster, and Mel spends several months on the colony where she crash landed, making a new life for herself. This segment reintroduces Mel and fleshes her out as a companion by showing her working independently, contributing her computer expertise. The Doctor, meanwhile, is in a sticky position indeed. Unknown to one another, they wind up working on opposite sides.

Have a somewhat spoilerific trailer, although it doesn’t tell you much more than the CD cover art.

Once again, Big Finish picks up long-dormant threads of classic Who and weaves them together into more complex and nuanced story from the one that originated them. Yes, there’s Davros and the Daleks, but once again the situation between them has grown complicated, and Davros has new irons in the fire. Who is the greater threat? What side should Mel and the Doctor take? And what happens to the innocent colonists, scientists, and corporate stooges caught in the middle?

There’s meaty ethical dilemmas and questionable choices in this story. The colonists are developed just enough for us to care about them. Mel’s friendships with some of them provide an additional emotional stake when the bodies start hitting the floor. The later parts of the audio get a little muddled at times, with too many different factions and goals jostling for story time and pushing the Doctor a bit to one side, and there’s a touch of multiple ending syndrome to tie off all the different threads. It’s still an engrossing story.

Most of all, this audio vindicates why l loved Mel back in the day. She’s a smart cookie,  as smart as Liz. Remember, Mel was a computer programming whiz back in the cumbersome days of FORTRAN, COBOL, and machine language. I love the fact that she gets up to speed in some programming language so quickly that she outwits… well, that would be telling. This story capitalises on her skills. It also gives her a controversial dramatic role. Bonnie takes the material she’s given and nails it in one shocker of a scene.

I had completely forgotten what the Mechanoids sound like, and as usual had queued up a bunch of Big Finishes without checking cover art, so their entry was a surprise. You’ve doubtless seen the photo of Verity Lambert lighting her cigarette with a Mechanoid’s flamethrower, but have you seen this behind-the-scenes photo of that press op?

It’s surprising that the companion who came closest to killing Davros was… Mel? Once again, a companion calls out the Doctor for not finishing off a nemesis, and he tries to shield her from tainting her own hands with murder.

The second Mel and Sixth Doctor audio, after The One Doctor and before Catch 1782. Production Code 7C/S, putting it (as all other Mel and Six stories) after Trial of a Timelord, and after all Sixie’s other companions, since we know Mel’s with him when he regenerates.