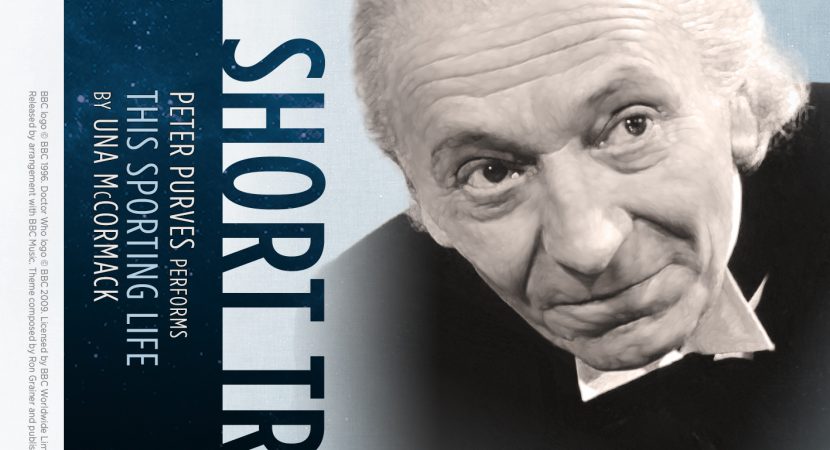 A delightful and clever short story unmasks the “truth” behind a famous 1966 heist!

Dodo tries to take Steven to the swinging London of her own day. As usual, they land just in time to get mixed up in something important: a real-life mystery that has never been solved. Of course the Doctor was involved. That explains everything.

“The World Cup,” said Dodo. “Honestly, Steven, I don’t know how much clearer I can be. Don’t you play football where you come from… when you come from?”

This Sporting Life exploits a peculiar advantage of this particular TARDIS team. Dodo is from contemporary Earth, so she knows all about it, whereas Steven isn’t, so she can explain it to him and to ignorant listeners like me. Also, of course, it’s set during the time period when this TARDIS crew is on TV, and evokes that era accordingly. 1960s London is receding further and further from our own day, so it’s starting to become as much of a nostalgia-fest as Edwardian or Elizabethan historicals.

Peter Purves does an excellent job of recreating Hartnell’s Doctor, mimicking his mannerisms and translating that mischievous twinkle in his eye into audio. I can’t remember Dodo very well, but she’s certainly lively and personable here. This is the second Short Trip in the past few months to tell a Dodo story (the other was a bonus for subscriptions to the Main Range), and I’m all for it. There was nothing wrong with Dodo as a companion; classic Who just didn’t give her much of a chance before dropping her.

More importantly, there’s a deeper meaning behind this story which links it to an ethical problem in both the 20th century and the 21st.

Not bad work for a half an hour.

trivia note: “This Sporting Life” is also the title of a William Hartnell film (see sidebar).

It turns out the World Cup is a “triviality,” and something far more important is at stake: good sportsmanship, as the title suggests, or, more broadly, fair play.

I appreciate the motivation behind the goldsmith’s actions. Anti-semitism has been on the rise lately in the real world, and yet the Holocaust is used in fiction far too often by people who treat it as a cheap literary device instead of as a real event that still overshadows its survivors and their descendants.  This story uses the Holocaust not for shock value, but to point out that the Doctor would advocate compassion for refugees of war— an implicit commentary on our own day— without being preachy about it.