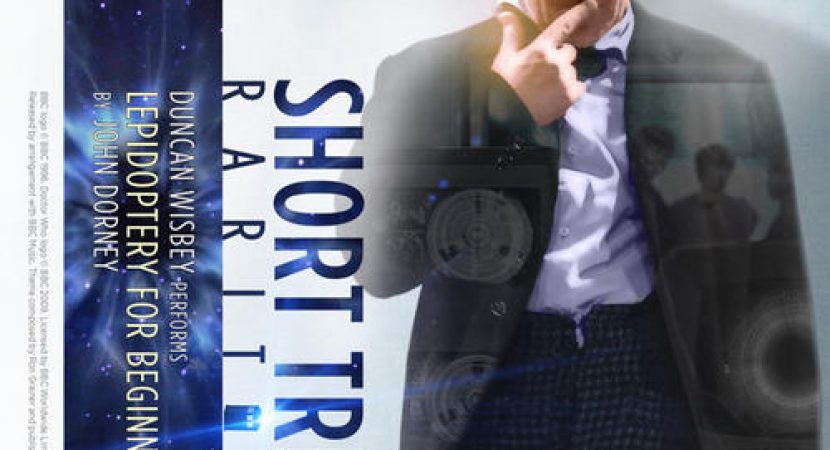 The Doctor, Jamie, and Zoe are tormented by a petty villain who is even more methodical than the Meddling Monk with his to do lists. Alas, Iolas is far less endearing. He tries very hard to check off every evil overlord trope in the book, including gloating and revealing his dastardly plans.

He’s a classic spoof of the archetype, and one pretty quickly wants to pass Jamie a cream pie to shove in his face. Since there’s only so much one can do in half an hour, Jamie and Zoe are relegated to background color and support.  Most of the audio is a battle of wits between the Doctor and his adversary. The story plays with chaos theory and whether it’s possible to change the past after it’s already happened, always a dilemma in a show about time travel. There’s a clever twist at the end (although I guessed it at the start, making this mostly a character/drama piece for me).

“Sufficiently advanced science is indistinguishable from nonsense.” — The Doctor

The only problem with Lepidoptery is that the villain hogs a substantial chunk of the story, while the Doctor and friends can’t do much but argue with him. On the other hand, there’s a longsuffering AI who adds a certain charm when it pipes up.

It’s a clever, humourous, very Two-era short story, bordering at times on comic book camp. Narrator Wisbey does a great job of capturing Troughton’s mannerisms, and captures a pretty good Jamie and Zoe as imitation well. It reminded me of The Mind Robber, so if you liked that, you’ll probably like this.

This particular Short Trip was originally a subscription bonus with a Main Range subscription in 2010. It was released for purchase as part of the Short Trips Rareties collection in fall 2016.