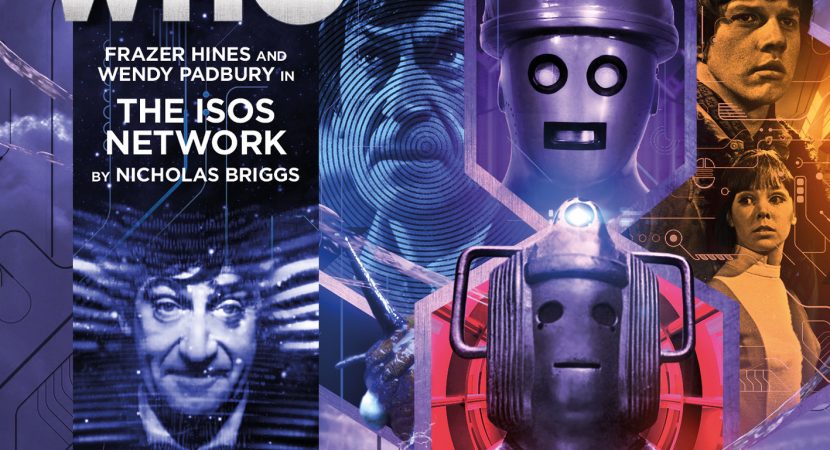 This could so easily be a sixth season story, short on plot but entertaining action/adventure nonetheless.

Peter Davison once remarked that he spent a lot of time mopping up predecessors’ unfinished business in the audios— Eldrad, Magnus Greel and so on— but nowadays all the classic Doctors are revisiting old problems. This time, it turns out that one Cyber-ship escaped destruction at the end of The Invasion. So the Doctor and friends have to chase it down.

It turns out that that ship has a history, and there’s a mystery to solve on the planet where it lands. Following it down, the Doctor and friends discover that not only the Cybermen but an entire city’s population have gone missing. Of course, Zoe and Jamie become separated from the Doctor almost immediately, and have a fine time dodging dangers, trying to piece together what’s going on and survive long enough to do something about it. The Doctor runs into an expedition sent to investigate the lost colony. The no-nonsense captain suspects he’s to blame, as usual, and she and her heavily-armed squad have no idea of the true threat.

Jamie: Ah, ye’ll have wandered off and got yerself into trouble, eh, lassie? ZOE!

We’ve heard all the plot elements of this story in one combination or another. In fact, while I’m not sure I’ve ever seen The Invasion (Blasphemy! But it was missing when reruns were being shown in the 80s), I feel like this story partially echoes that one, with Captain Seru as a modern-day equivalent of the Brig. Lively pacing, authentic sixties incidental music, immersive soundscapes, and Wendy and Frazer being their awesome best keep a fairly predictable story fresh and fun. It feels to me like we’ve stepped back and time.

Wendy and Frazer take turns narrating action as needed, switching in and out of their young characters’ voices almost effortlessly (apart from an occasional squeak on Wendy’s part, but it really is uncanny how she can pop back to Zoe’s voice even now). Frazer’s Patrick Troughton imitation is getting better and better, now that he’s not over-using Pat’s verbal ticks to evoke his spirit. And Nicholas Briggs has written himself some more fun Cyber-voices from the Two era that most of us have forgotten, a midway stage between the uncanny singsong of The Tenth Planet and the metallic but mostly-human “Destroy them! Destroy them!” of Earthshock.

Kieran Hodgson provides a little pathos with his unlucky character, but for the most part this is a plot story rather than a character story. There’s a clever inversion of the usual Doctor Who monster that makes for some wild visual imagery which 60s special effects couldn’t possibly have pulled off. Other than that, The Isos Network is a standard sixties romp that keeps the characters on their toes, giving each of them a chance to play the hero. It brings late 60s Who back to life in a new story with old friends.

I’d forgotten how much the Second Doctor could get engrossed in a scientific matter to the exclusion of urgent dangers. Hello! The doors are closing, and there’s an incoming train: time to stop examining slug babies! Speaking of which, I’m afraid his final solution may have killed off an awful lot of slugs. Hopefully they were more at the sentience level of cows than dolphins. Also: Hello! Doctor, I realise you’re too busy saving the universe to stop and help them, but Jamie and Zoe are being cyber-converted— be a little distressed, will ya?