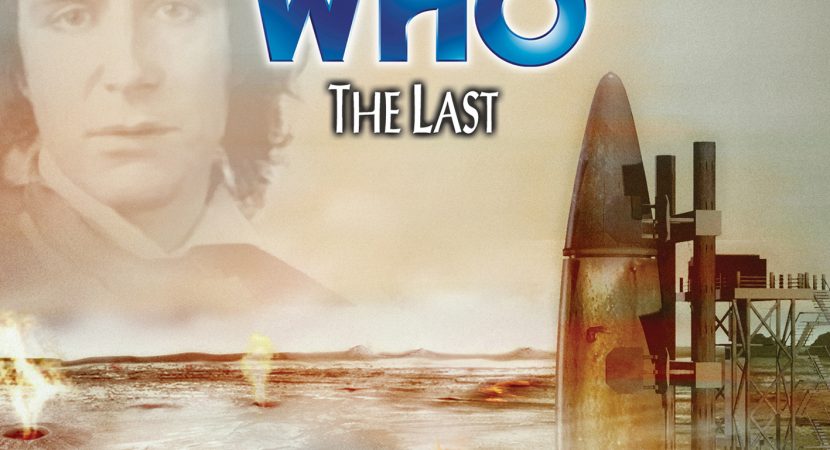 Here’s yet another incredibly dark, dystopic and disturbing Eighth Doctor story which dares to go where even Doctor Who never goes— only not quite.

I’m still making my mind up about it, but my first impression after finishing it was a stunned sense that I had heard an epic Big Finish, albeit a flawed one.

Once again, the Doctor, Charley and C’rizz are transported through the Interzone to another test scenario where they’re forced to survive an extreme society that epitomizes a specific, ultimate evil. This time, it’s nuclear holocaust. The incessantly howling wind and Excelis-like music offer an appropriately oppressive, brooding atmosphere familiar to fans old enough to remember The Day After. Once again, Kro’ka the gatekeeper of the Interzone seems to be testing the Doctor by forcing him to face his worst fears. Unsurprisingly, his worst fears are about the safety of his companions.

The opening of this audio reminded me of The Fearmonger and several others with powerful, power-mad leaders, usually women, spewing propaganda and false bravado. They’re starting to blur together after listening to too many in too short a time. Luckily, Carolyn Jones has the aplomb to carry off the part. The rest of the cast is limited to a few quasi-allegorical archetypes: the Minister of War, Minister of Peace, make-up artist and nurse, Requiem and the enigmatic Landscar.

“I was meant to be the last survivor of my people!”

Despite the fact that there’s other survivors present for at least part of the story, there’s something about the presentation of this audio that makes the silent victims of the unfolding tragedy seem unreal, inconsequential, like a blank stage in a minimalist Shakespeare production where we’re simply suppose to assume armies, crowds, a population. Big Finish usually does a good job of suggesting cities, armies, crews of ships, crowds, etc. This time, even the muttering voices seemed so artificial that I was aware that the small cast was a small cast of characters. Nobody else seems to matter, or indeed to exist.

I suppose for this story that makes a certain amount of sense.

Even by Big Finish standards, it’s a harrowing tale. Charley is dire straits, C’rizz is talking to the dead or dying, and the Doctor has arrived too late to do any good for the locals. All he can do is try to keep his friends alive…for what? Can they escape the day after armageddon?

There were some interesting director/actor choices to underplay emotion rather than milk the angst. Charley is level-headed, calm and even indulges in playful banter— denial?— when she’s as helpless as she’s ever been. She’s faced the prospect of her death with stoicism before, but a bit more defiant pride; now she almost seems to be dismissing the gravity of her own situation, just as some of the locals are doing. Her blithe manner subverts the usual damsel-in-distress trope but loses some of the emotional potential of her scenes. Similarly, the Doctor demonstrates some of his Scherzo fatalism, refusing to harp on what he can’t avert. He’s sorry when things go wrong for his friends, but Paul McGann doesn’t rouse himself to the heights of indignation, wrath, anguish or love that several scenes would seem to demand. That gives Conrad Westmaas something to do. Instead of the Doctor, C’rizz is the passionate, angry young man and compassionate comrade. Some of his scenes with Charley are their most touching and dynamic to date.

The story is so bleak that I’m almost glad it wasn’t any worse than it was, but I am not quite sure about the choice to have Paul and India pull some of their emotional punches.

Also, the conclusion of the story is… controversial. It fits the nightmarish, almost allegorical quality to the rest of the story, but it violates plausibility in ways I’d consider a narrative cheat in an episode set in the “real” universe. I sill keep expecting the Kro’Ka to reveal they’ve been in a massive virtual reality experiment the whole time.

Due to my reservations, I’m calling it a 7, but another might rate it higher.

Also? Big Finish tells a lot of dark stories, and this is definitely one of the darker ones, in the same family with Excelis Decays and, later on (and arguably a better audio), Protect and Survive.

I don’t understand the point of Landscar awakening Excelsior’s powers over the elements. She never uses those powers. Her newfound abilities are never relevant to the story at any time. When she needs to make something happen, she borrows somebody’s gun. Once she turns out not to be the “last,” I really expected the Doctor to inherit those powers and use them somehow.

The dynamic between Charley and the Doctor still hasn’t recovered from its pre-Scherzo affection. Maybe it never will, but it was so groundbreaking to have the Doctor and companion romantically entangled with one another in canon that it’s a loss. At this point Charley almost seems closer to C’rizz.

Of course, the biggest problem with this audio is the Star Trek reset button at the end. It was foreshadowed, but it’s still a huge ask to posit that when every living thing on a planet is destroyed, the timeline resets and tries a different tack. Although once again, I feel like the Doctor and friends are rats in a maze, undergoing a series of virtual reality scenarios. This one was very much a Kobayashi Maru.

It’s a minor quibble, but how does the Doctor remember the “everyone dies” timeline once the timeline resets? Scherzo emphasised that in this universe, he’s lost his time sense. Which brings me back to the same question I’ve had for most of these Divergent Universe stories: the Doctor keeps trying to find the TARDIS, even though he and Charley chose to leave the TARDIS rather than be destroyed with it.