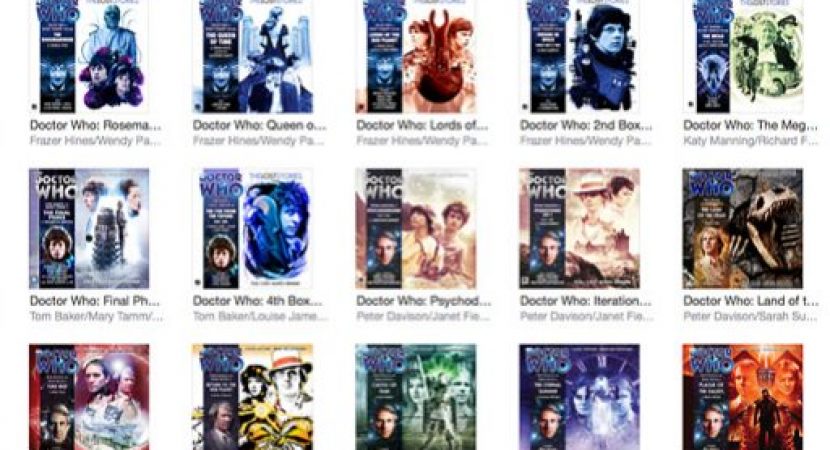 I wanted to be able to sort my Big Finish library according to the Doctor’s timeline. The left-hand column of my sortable audio index (link in menubar) was my best guess, drawing from fan reconstructions by Clive Banks, the Discontinuity Guide, Doctor Who Continuity Zone, Whoniverse, Theory – Timeline for TARDIS Wikia (many of which I disagree with), and Big Finish forum member Billy2’s suggested timelines. But fan reconstructions conflict, and sometimes I disagree.

Now that I’ve finally looked up Doctor Who Production Codes, I’m going back and adding Continuity Notes to each review. The numbering system for TV classic Who was straightforward: AAA BBB CCC right through ZZZ, and then they went to 4A, 4B, 4C, etc. The only trick is that they’re coded in filming order not broadcast order.

Big Finish adapted the same system: production code of the TV episode that preceded each audio adventure, then a slash, then a new sequence of letters to show the order of the audios. For instance, Tegan left the Fifth Doctor and Turlough at the end of Resurrection of the Daleks (6P), so the Big Finish audios with Turlough and Five are ordered 6P/A, 6P/B, 6P/C, and so on.

You can find production codes by clicking the “Technical Info” tab on each audio’s detailed listing. Also, “Behind the Scenes” often has an unhelpfully vague note like “Between Trial of a Timelord“ and “Time and the Rani” (nearly every single one of Six’s audios fits in that gap somewhere).

Big Finish treats the Doctor Who Movie as 8A, makes Charley’s first story 8B, and so on.

Now and then BF jams more stories into a timeline it’s already laid down. Planet of Fire was 6Q, so Red Dawn (first Peri & Five audio) is 6Q/A , then Big Finish gave Peri and Five a new companion Erimem in Eye of the Scorpion (6Q/B), and then… whoops! Later on, they recorded another Five and Peri audio without Erimem. What to do? 6Q/AA, meaning it’s after Red Dawn and before Eye of the Scorpion.

Similarly, Mary Shelley later had a few stories inserted before Charley and after the TV movie, so Mary’s audios have codes 8A/AA, 8A/BB, and so on.

In 2009, Big Finish finally gave up on listing production codes, so we just have to guess the sequence based on the last audio with the same TARDIS team, or from clues within the story.

I created my timeline for the Doctor simply by looking at each TARDIS team, noting how the character evolved, and then comparing my impressions with the fan-made timelines linked to above. As I work my way forward in my reviews, I’ll be checking production codes and tweaking the order of my timeline as needed. I’m not going to change my system to match Big Finish’s, because there’s on way my spreadsheet’s gonna figure out what to do with all those slashes.