Home
What, Why, Who
I Like the Big Finish Audio Player App 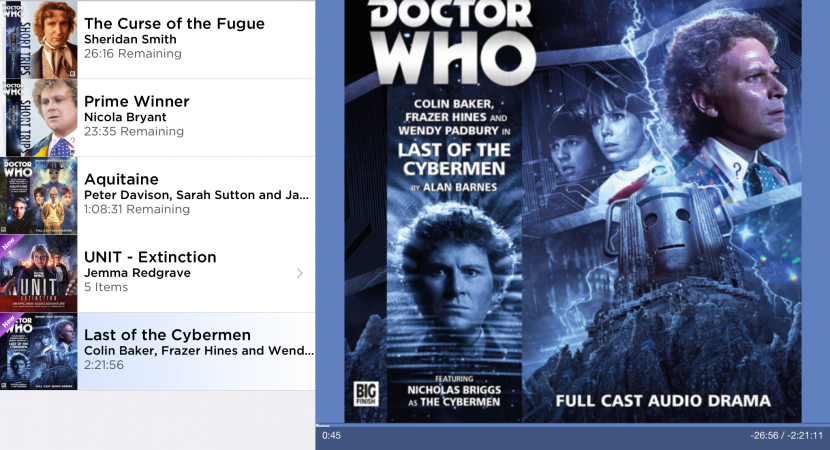 I usually listen to Big Finish on my iPad. Since the Big Finish app underwent a major overhaul in March, I’ve started using it instead of iTunes. This way I don’t have to fuss with transferring audios from my computer to my tablet.

You can browse/filter your audios by range, title, etc: 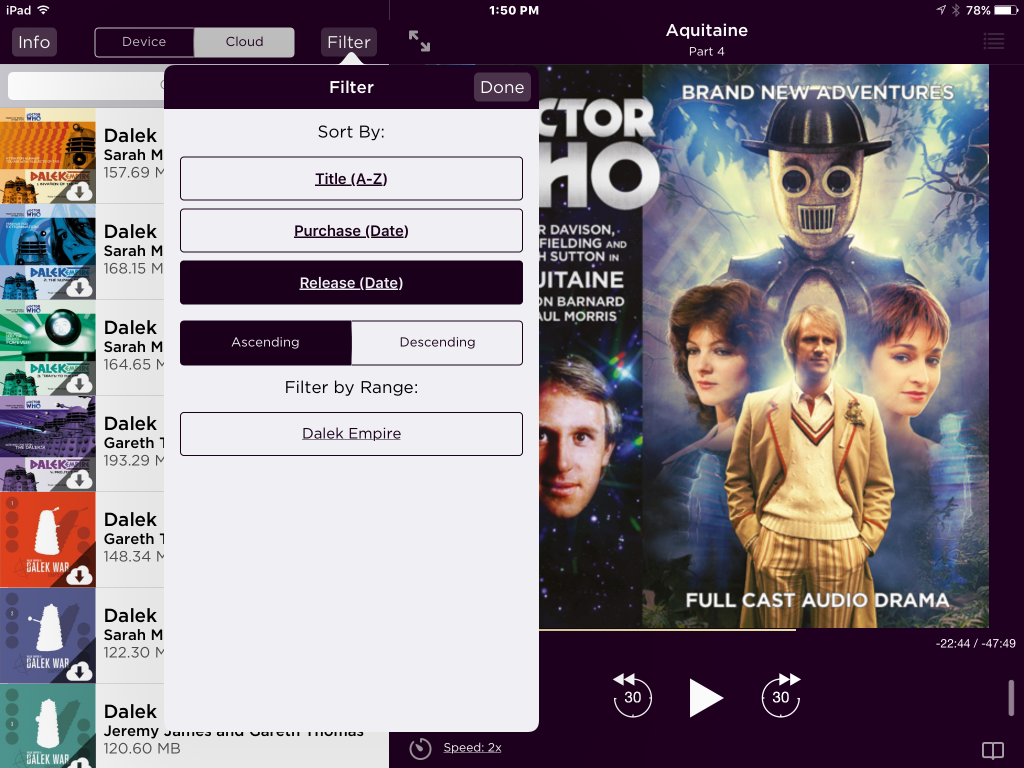 Or quickly find audios with a particular companion or Doctor by searching for an actor’s name: 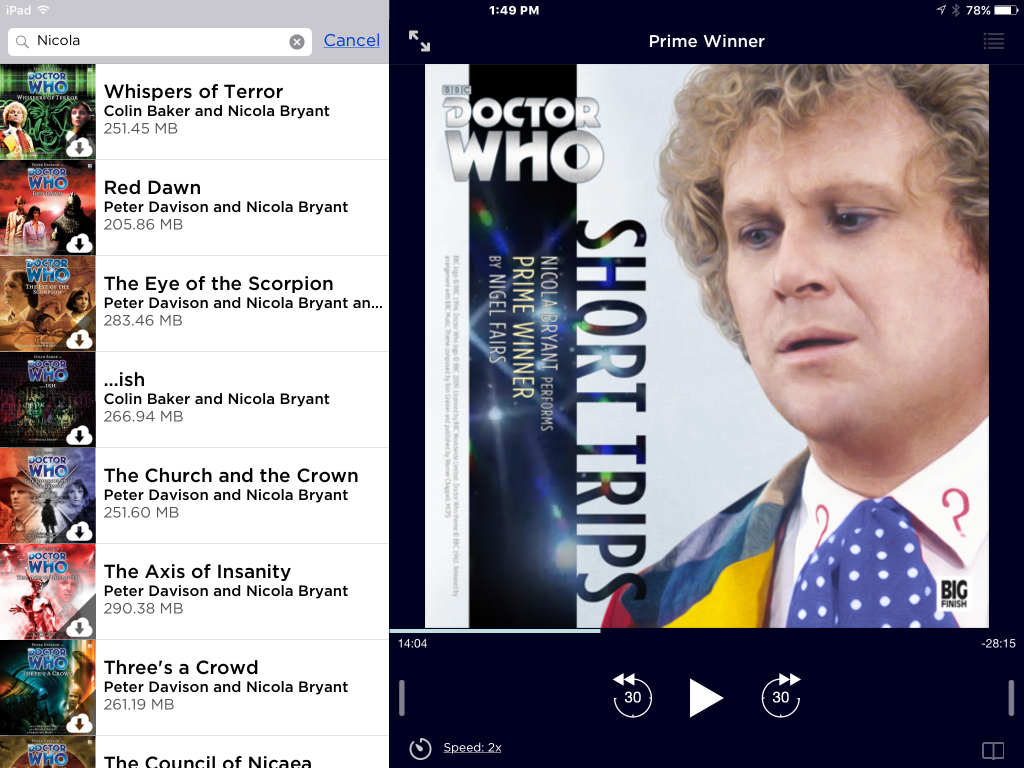 Notice the “download” icons. Those are purchases in my BF account. Downloading speed seems to be the same as downloading to computer, and it saves having to transfer from computer to tablet.

Once you’ve downloaded an audio,  use the”Speed” button at lower left of the playback pane to fast forward more or less. The “rewind 30 seconds” is useful if you didn’t catch what someome said. Or just drag all the controls at the bottom left/right to sroll through the audio. 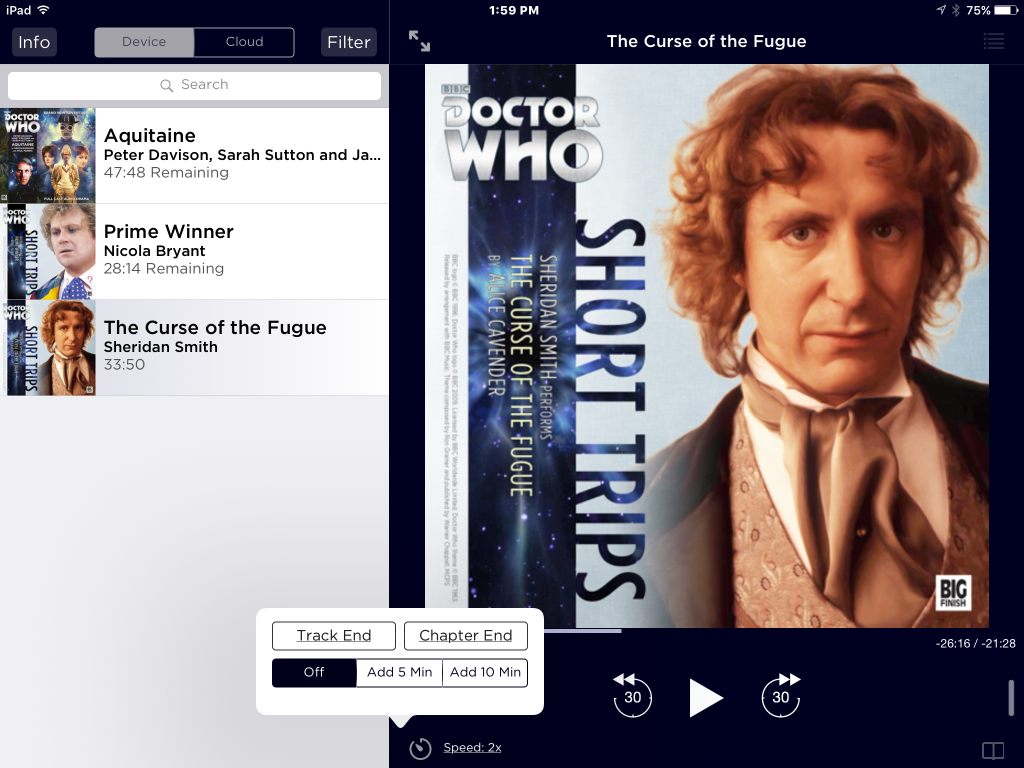 The book icon at lower right lets you jump to a particular chapter (Part One, Part Two, Music Suite, Interviews). It still doesn’t have track names, but I’ve found I don’t need them, especially since it saves my place when I exit/quit the app.

The menu at upper right lets you navigate through related audios in boxsets. 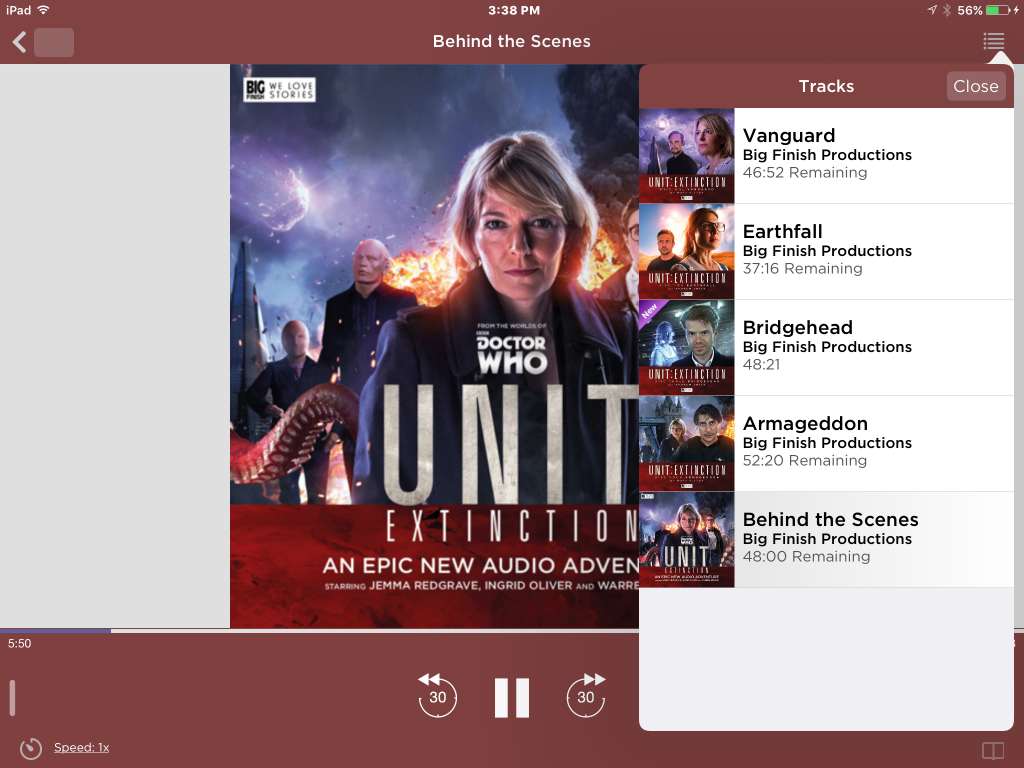 The fullscreen toggle is at top left. Playback continues when the display is off, and playback controls appear on the lockscreen.

And the app now works with Voiceover, reading aloud menus, selections and buttons for vision-impaired users.

The only drawback for me is that the Big Finish app only recognises purchases directly through their website. So the CDs I purchased at cons aren’t on the list.