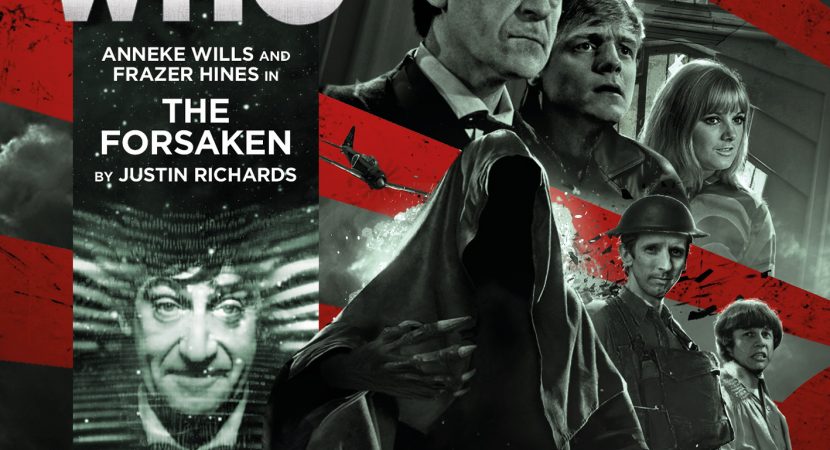 This spooky historical horror story gives Ben a bit of backstory and brings the Doctor face to face with death.

It’s the eve of WWII. The TARDIS has landed on a jungle island near Singapore, where a handful of British soldiers and expats are waiting to be evacuated ahead of the Japanese advance. But that’s not the only peril they have to worry about. There’s something nasty stalking them. Jamie, Ben and the British soldiers play hide-and-seek with it while the Doctor and Polly try to untangle what’s really going on. It feels very classic Who, a suspenseful thriller in which a good part of the drama is hunt-or-be-hunted.

Great music in this one: minimalist and eerie, evocative of the far east setting.

I love historicals, and this is an unusual choice for a WWII story: not the Blitz, not Normandy, not Dunkirk, but the Pacific theatre at the outbreak of war. As so often with Doctor Who, the historical setting provides a bedrock of realism for the more fantastic elements.

Also, in Ben’s case, it provides a very personal stake. I don’t want to spoil anything, but Elliot Chapman does a great job of playing him under pressure— downplaying his fears, masking concern with upbeat bravado, taking the fight to the enemy. Once again, he’s absolutely spot-on as Ben.

Ben: “Come on, then! We’d better go and sort it out.”
Doctor: “Sort it out? You can’t just sort out the Grim Reaper!”

I love Jamie teaming up with warriors from 200 years after his time, treating the hotel as a treacherous battlefield and looking for ways to turn the territory to his advantage. The Doctor is magnificent in this— a mild-mannered, kindly and avuncular figure for most of it, but he repeatedly draws danger towards himself and confronts the enemy with raw courage.

My one quibble (which is why I rate this one slightly less highly than The Yes Men) is that the lads keep stashing Polly out of harm’s way, where she has nothing to do until they get back. The payoff is a wonderful scene for Polly in the end, and I do like the way the Doctor relies on Polly for her wits and insights, but The Yes Men did a little better job of giving her just as much agency as the gents.

Even so, it’s an entertaining story: scary, atmospheric, intelligent. Like The Yes Men and Domain of the Voord, it’s very much in the style of the classic Who season in which it’s set. As with a lot of Big Finish recreating earlier eras, it adds a little more pep to the pacing and makes sure all the regulars have at least some moments to shine. I loved getting to know Ben better, and Frazer has some really powerful moments as the Doctor in this one.

I know less about Ben and Polly than almost any classic companions, because their serials weren’t broadcast on my PBS station in the 70s/80s, so all I had to go on were character profiles and plot summaries in the Haining books. I immediately took a shine to Polly in The Five Companions and Forbidden Time, and I’ve been hoping for more. She and Ben are the sort of companions that modern Who favours: ordinary, resourceful, contemporary 20somethings, bringing a refreshingly down-to-earth perspective to alien settings. The class distinction between them offers a lot of untapped potential, not only in their own relationship but in how they interact with the different echelons of the societies they visit.

I realize that Big Finish is casting its nets towards new Who fans right now, but this is what I’m here for: new, fresh stories with classic characters. More, please!

Jamie can’t have been with them very long, but he and Ben are already old pros when it comes to scouting alien spaceships. This Doctor is really blessed with a suite of competent, can-do companions.