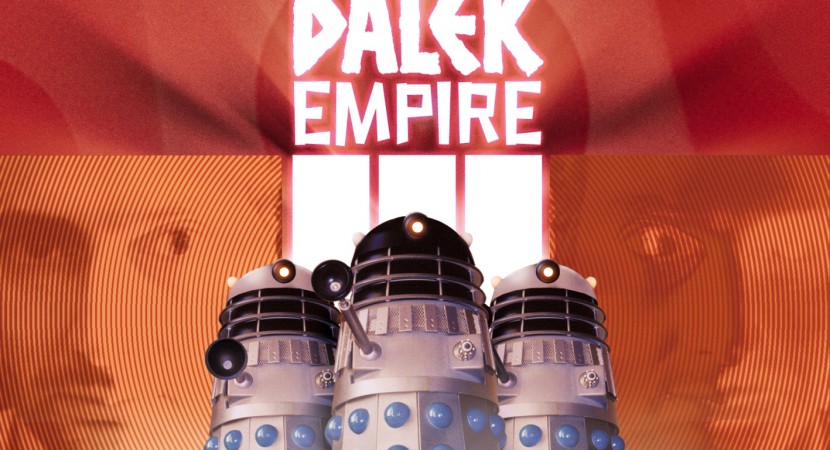 The title of this story is an irony bomb waiting to go off.

Three sets of characters are skidding towards a Dalek crisis, but they’re approaching the brink of disaster from different angles, oblivious to the bigger picture. We don’t yet know exactly what the Daleks are planning, either, but at least we can survey most of the puzzle pieces.

This audio is a little tricky to follow, since it juggles a large cast of characters distributed across several as-yet-unrelated story threads. Its framing device assures us that they’re going to link up somehow. As with previous Dalek Empire arcs, the story is actually an extended flashback, the recollections of one of the key players. However, apart from a few tantalising exchanges between Galanar and his auditor, the bulk of the story is realtime dramatisation.

I’m enjoying it, and I’m liking these characters, although I confess I’m not quite as emotionally invested in them as I was in Susan, Alby and Kalendorf back in Dalek Empire I… at least, not yet. I’m sure Nick Briggs’ habit of winnowing down the dramatis personae will focus my sympathies on the core protagonists:

Some of the Wardens (redshirts-to-be) blur together, but the main characters above are all distinct, interesting individuals brought to life by strong actors.

I never cease to be amazed at Nicholas Briggs’ ability to transform villains I used to find two-dimensional, irritating and ludicrous on classic Who into the most malignant, fascinating, devious and intelligent foes in Who history. Once again, they’re scarier when the Doctor’s not around to drive the monsters away.

The enigmatic cliffhanger packs an emotional gut-punch. I appreciate a script that respects our intelligence enough to refrain from spelling out exactly what’s happening. It left me with a powerful “Oh, no!” moment of revelation.