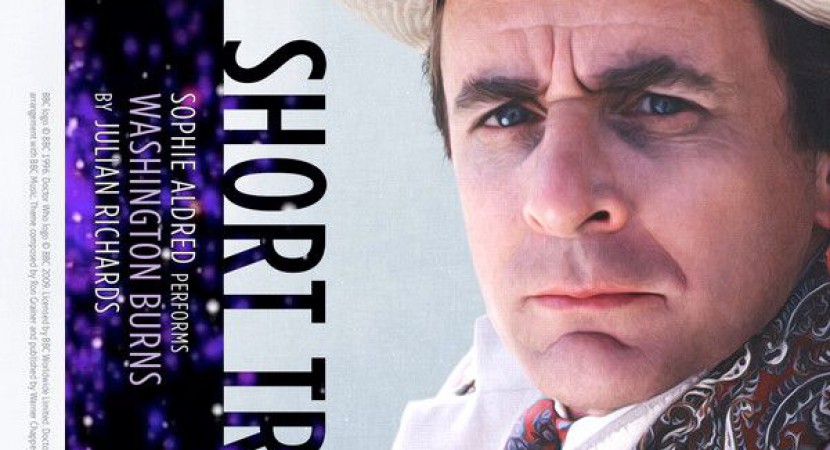 In a year when American elections are starting to sound like an Evil Overlords Got Talent reality show, Big Finish decided to revisit the notion of burning Washington to the ground.

The result is an oddly tepid retelling of the sack of Washington, D.C. in the War of 1812. It’s fascinating to hear the story from the British perspective, based on the diary of George Gleig (although other British historians have pieced together a more incendiary account — literally — of Admiral Sir George Cockburn). I’m surprised that Ace is involved, yet there are fewer explosions than in the historical accounts that have come down to us!

That’s just the setting, of course, an intriguing historical backdrop to a comventional Doctor Who plot. This time around, the Doctor and Ace are fighting a cunning enemy called CEREBRA across two different time periods. CEREBRA seems to be borrowing tactics from Ish and Voldemort, but it’s a fresh reimagining of an old trope.

Part of the fun of Short Trips is hearing how a single Who actor will capture the mannerisms of her co-actors. Sophie’s imitation of Sylvester, complete with r-rolls and a dab of Glaswegian, is entertaining without being too distracting. She does a solid job of bringing to life several historical figures. There’s some fine character moments, portraying the British soldiers reveling in their victory during one of the most astonishing chapters in American-British relations.

I liked it, but I felt that the plot was a little thin, even for a half hour story. The most interesting things that happen are in the first and last minutes of the audio. And I’m not entirely satisfied with either of those. I won’t spoil the ending, but I was dismayed by Ace’s actions at the beginning, even if it does let loutish Americans off the hook. To be fair, she didn’t mean to do it.

There have been some compelling Short Trips (subscriber Short Trips, anyway) that ended on an unresolved note, but I felt that too little had happened in this story to justify a “but wait… the real story happens after this one ends!” finale.

It’s a clever move to subvert the “Doctor and Ace are mistrusted as spies” trope in the interest of saving time,  by having Cockburn and Ross astutely guess the Doctor and Ace’s true mission. However, I found it a little unconvincing that they’d accept and support the suspicious behaviour of a pair of non-British agents.