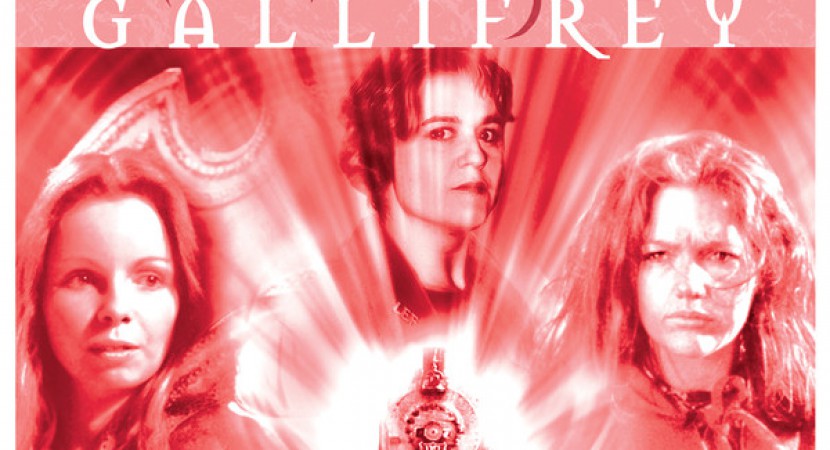 Aboard the 1939 Transcontinental Express from Munich, Romana demonstrates that she is not so much the Oncoming Storm as the Oncoming Train. See also: “The light at the end of the tunnel…”

Romana and Arkadian’s verbal sparring matches are so much fun to listen to. He’s an unmitigated scoundrel, and yet he has a certain respect for her while at the same time prodding skillfully at her worst flaws. Romana, meanwhile, has an air of command that dominates even his scenery-chewing bravado.

This audio ties up the major flapping loose ends from the past three episodes of Gallifrey. For a change of pace, it doesn’t take place on Gallifrey, but during a point in Earth’s history (which doesn’t figure into the setting much apart from a rather generic train, but never mind).  Absent are Darkel, Brax, and K-9, but Narvin finally starts coming into his own, Torvald acquires some depth, and Leela, Romana and guest character Cecilia Pollard demonstrate in passing how strong a story can be when half the characters happen to be women. It’s a clever script with entertaining repartee, lots of cat-and-mouse set pieces, plots within plots, and twists and turns right up to Leela’s heartwrenching surprise in the conclusion. The first time I listened to it, the big reveal was a satisfying shocker.

Sissy: What was that?!
Leela: It was a monster.
Sissy: A monster? Oh, don’t be silly!
Leela: See? It is always a monster. I shall kill it.

Yes, there’s another monster besides Charlotte Pollard’s bratty sister Cecilia, voiced by India Fisher. She’s aggravatingly good at  bringing to life a spoiled rich girl, although the familiarity of India’s voice as not Charley kept jarring me out of the story. I’m a little sorry India’s real-life sister Francesca Hunt (audio companion Hannah Bartholomew) didn’t tackle the part, but I suppose she might not have been able to pull off Sissy’s unique, ahem, qualities quite as well. I loved the way Leela kept finding Sissy lacking compared to her sister, yet as usual acts with a warrior’s honour even when having to look after someone undeserving.

Torvald is the breakout character in this story. His ongoing minor rivalry with Leela finally comes to a head. It’s worth listening to this audio twice (in fact all of them), armed with what you know by the end.

Initially I thought Narvin was rather overshadowed in this story, barking up the wrong tree as usual and blaming everything on Romana, but on a relisten I understand that he was cleverer than that. I like this Narvin. Still want to punch him in the nose, but at least this time he’s being sneaky.

However, it’s Romana, once again, who steals the show. After spending most of the story rolling with the punches while trying to acquire one crucial bit of information, she loses her patience, unleashes her wrath, and reminds just how courageous she can be. Her disgust with the boys playing games is magnificent and scary to hear.

Poor Leela. Having an actor of Louise’s calibre sold what might otherwise have slipped into soap opera mode.

Sissy was a bit grating, but she’s meant to be, and the ostensible villain of the piece didn’t grab me. Sometimes it seems as if the train is made of the same material as Wonder Woman’s invisible jet, the way people keep observing what’s ahead or behind them on the tracks. (For that matter, there are times when people can see the train coming from so far away that they can have a lengthy argument or run a load of laundry before it reaches their position). Even so, it’s a good story and a great wrap-up for Gallifrey Season 1.

Sad that I think of it as a more innocent time compared to what’s coming.

The one thing that initially puzzled me was why Narvin was so keen to pin the temporal disaster on Romana, but then he suddenly dropped it. However, I think he was just trying to get her out of the way so he could deal with one of his own. CIA internal matters. Torvald might’ve been erased from existence altogether had Narvin been allowed free rein.

Interesting that in the midst of all the other fallout, Romana ensures that Sissy kills herself as planned. Not a likable person, but still, it’s a reminder of how ruthless and pragmatic Time Lords can be, even the best of them. I wonder what Leela would have thought had she realised the person she’d been told to guard for this trip had been discarded with barely a thought.

I suppose Leela had more important things on her mind. That was a heck of a scene. And I really like Leela’s response to Time Lord deception, face-changing and words, words, words.