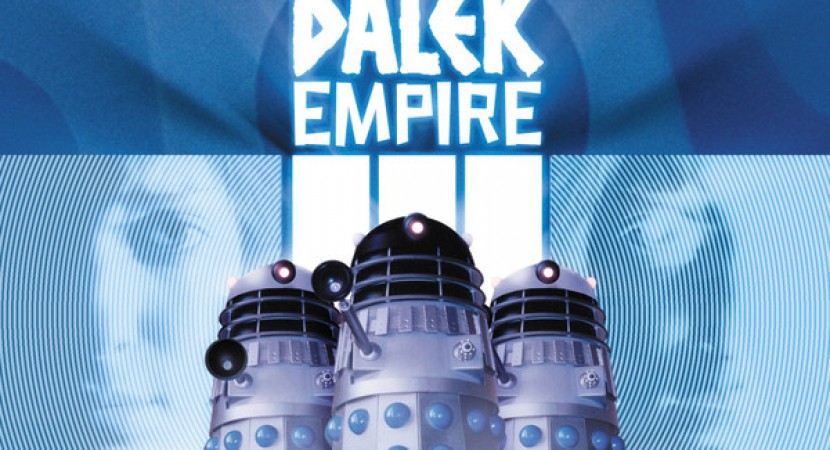 Do you find yourself breathing a little faster when the Dalek Empire theme starts, or is it just me?

Remember when I kept having to add a caveat to my reviews of Dalek audios that I find Daleks a bit tedious, so I tend to rate those stories lower than some people might? Thanks to Dalek Empire, I’m a convert. I was a little shellshocked from the cliffhanger of DE 2.3, but apparently I’m ready for more emotional battering.

This story immediately carried me back into the same headspace that hooked me on the series. It doesn’t have quite the same pall of overwhelming desperation that kept us on the edge of our seats for Dalek Empire 1 and 2… yet. But we sense that doom is coming. Just like Tarkov, we realise how dangerous the Daleks are, but we don’t have the voice to warn anyone.

“Did you know that there probably isn’t a soul in this galaxy whose life hasn’t in some way been tainted by the Daleks?”

Dalek Empire: The Exterminators is all about laying out a new chessboard and establishing the pieces, but an awful lot of story happens within its 70 minutes.

Once again, this is a story within a story, with a “let me tell you a story” frame that makes it clear that the bulk of the tale is flashback. We learn that following the end of Dalek Empire 2, Tarkov wound up in cryogenic storage, unable to tell what he learned in DE2 about the Great Catastrophe that had destroyed both the Daleks and large chunks of the galaxy 2500 years before his day. He and a few sympathetic allies, including Galanar played by David Tennant, are trying to find a way to head off the danger that governing powers refuse to believe exists.

Meanwhile, the human race has been enjoying a protracted peace under the Galactic Union. Underlying tensions between two factions has been exploited, ahem,  exacerbated by a mysterious plague which has broken out in the Border Worlds. (Where’s Nyssa when she’s needed?) Naturally, this is the perfect time for the Daleks to make another run for galactic domination.

A solid, new cast portrays innocent bystanders on the front line of a war they don’t seem coming. Most of them are Wardens patrolling an ecological sanctuary on a pristine world, Graxis Major. Their reluctant recruit Kaymee is our new female protagonist, a youngster possessed of intuitive good sense and snark to match her inexperience. The head of the Wardens is a crotchety, charismatic old woman, Commander Saxton. It’s a little difficult to tell some of her underlings apart, but that probably doesn’t matter since apart from Culver and Telligan, they exude the sweet, sweet smell of freshly-laundered redshirt. Finally, there’s a stuffed shirt, Provost Carneill of the Border Worlds, making Commandrer Saxton’s life difficult.

It’s engaging drama with tantalising mysteries, likable characters, a beautiful if vaguely-sketched setting, moments of tension and action, gunfire and explosions, and over all the overhanging threat of the Daleks stealing over a tranquil galaxy like a building thunderstorm. Most of the main characters are oblivious to the danger. As savvy listeners, we can read the signs. Audience awareness builds anticipation as we wait for the protagonists to discover what we know.

To top it all off, I’d forgotten how good the sound effects are in DE. Maybe it’s because I’m using headphones, but I’m really hearing the grinding of gears, the whoomph of air blasts, the creak of brakes, frantic button-mashing and so on.

It’s good story. It’s Dalek Empire. What more need be said? Except that you must, must, must start with Dalek Empire I, since each arc and episode builds on what came before.

Personal note: I was on a plane returning home from Regeneration Who 2 con during poor Kaymee’s drop from orbit. The acceleration of takeoff added that little extra adrenaline to the listening experience. This is the perfect length for an hour and a half flight. 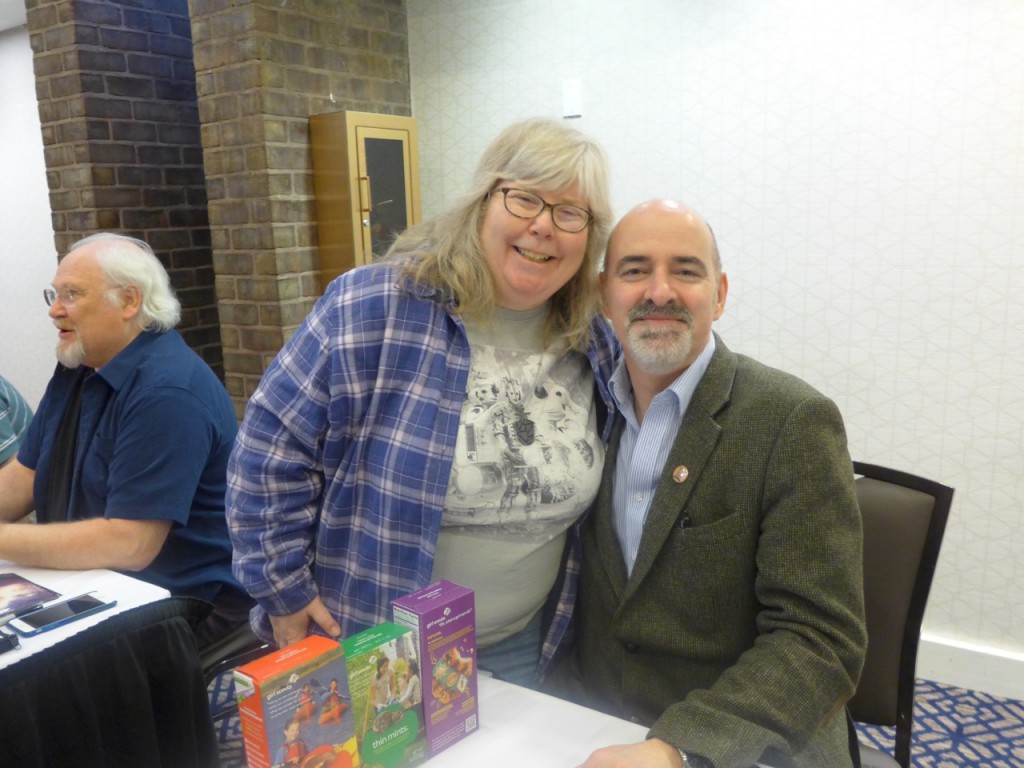 Meeting Nicholas Briggs at Regeneration Who 2 (and yes, the very model of a Gallifreyan Buccaneer is entertaining fans at the next table)

We’re meant to think these Daleks are using the plague and putative “cure” to divide and conquer. Yet there was an intriguing hint that Susan Mendes may still be influencing them, or at least one of them. Could they actually be having an attack of “Angel of Mercy” and mean what they say? Unlikely, but Nick likes to keep us guessing.

The drilling on Graxis Major reminds me of the Daleks’ mad plan to install engines on Earth during the Dalek Invasion of Earth.

And I can’t wait for Kaymee to be rescued by “Snubby” again, since the primates are clearly more intelligent than the Wardens give them credit for.

Also? My ears pricked when a flashback-clip at the beginning included Susan saying something about taking Alby away. What? Did he not die? That was an incredibly shocking scene. It distressed me so much that I almost might forgive a Moffat-style retcon. Of course, this is 2500 years later, so it’s a moot point.