Home
What, Why, Who
How to Enjoy New Doctor Who Episodes During the 2016 Hiatus

I remember the Doctor Who hiatus in 1985-1986. I hated it, especially since we were afraid that the show might not return. This time, there’s no such worry, although I wish Peter Capaldi weren’t losing a productive year.

But it’s not as if there won’t be any new Doctor Who adventures until Christmas. In fact, there’s an embarrassment of riches for us fans right now. And I’m not talking about books, comics or video games. I’m talking about full-cast audio dramas with original Doctor Who actors reprising their roles.

But where in all of space and time do you start?

New Who fans will probably want to begin with one of the new series that started coming out at the end of last year:

But as this blog’s title suggests, I’m an older fan who grew up watching the classic era, so that’s what I’m into right now.

I can’t say enough good things about the classic Who audios— classic-style stories with better scripts and FX limited only by our imaginations— but the number of releases is overwhelming. Believe me, I understand the problem. I didn’t discover Big Finish until December 2013, by which time I had nearly fifteen years of catching-up to do. I’ve been making up for lost time, and I’m completely hooked.

So where do you begin? The key is to browse discounted, older releases so that you can figure out which classic Doctors and companions you like most. I also like to keep an eye on the front page of the Big Finish website for news of sales. (In fact, I’ve acquired most of my library that way). Once you’ve found a TARDIS team you like, try more of them! For the most part, the Main Range are stand-alone; those that don’t contain enough context to fill you in.

To help you pick out the best stories, check my “BF Library” link up top which can be sorted by rating, Doctor or companion. Blue titles link to reviews. I also find Goodreads reviews helpful (Google “Goodreads” and the name of a particular Big Finish audio). Or see the “Collected Doctor” pages on DocOhoReviews which include ratings and a short summary (his full, in-depth reviews contain spoilers). Occasionally, I’ll check out reviews on Timescales and Pagefillers, although these also contain spoilers.

Big Finish is fan-supported and runs on a wing and a prayer. So please buy directly from the Big Finish website, not from third party resellers (not even from the random Amazon links in my sidebar— I’m grateful for commissions if you’re buying toys or books, but I want to support Big Finish because I want them to keep making more). 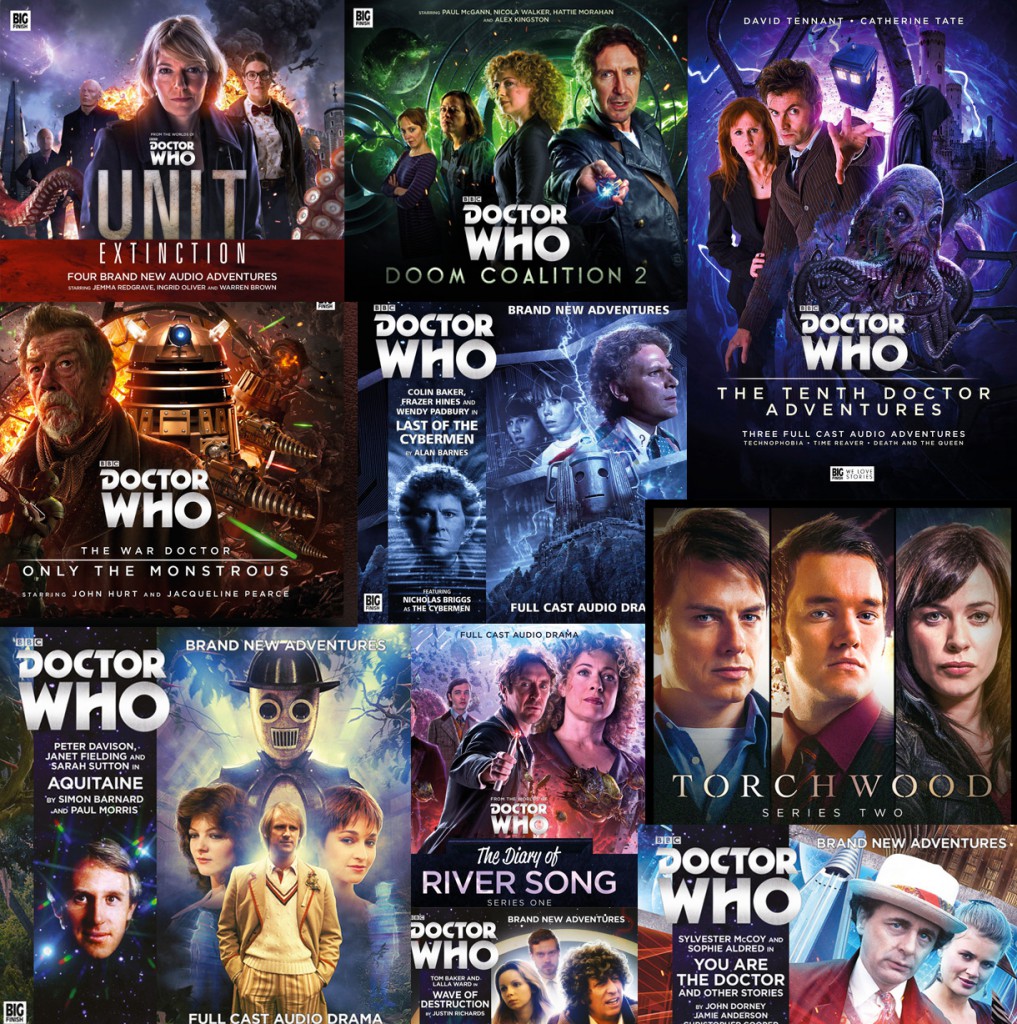