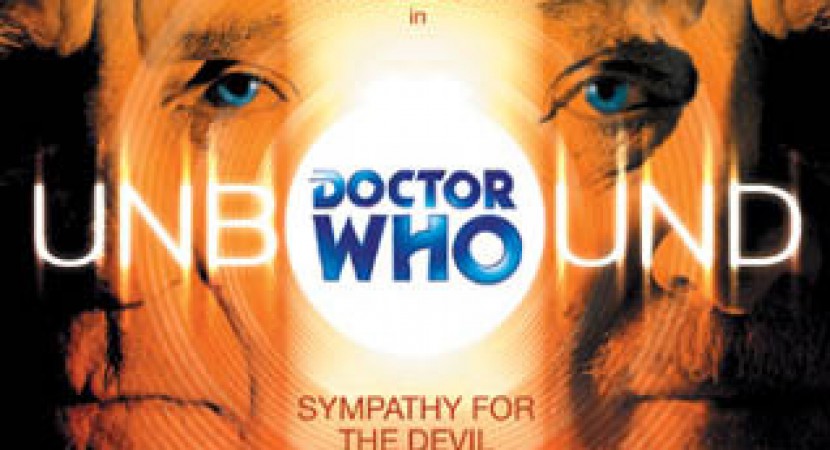 Nicholas Courtney and David Warner form a reluctant partnership in this AU adventure asking, “What if the Doctor was exiled to Earth many years too late to be UNIT’s scientific advisor?”

Instead, it’s 1997, the last night before the handover of Hong Kong from the UK to China. The Brigadier is a washed-up old soldier running a bar and trying to have a quiet life. Naturally, that’s the last thing he gets when a madman he barely knows arrives in a police box.

Have a trailer. (Listen for David Tennant!)

The extrapolation from the “what if” is sobering but intriguing. What if the Doctor hadn’t been there to help with the Autons, the Silurians, the dinosaurs and so on? The Brigadier is a resourceful fellow, but there were many times when the Doctor headed him off from making mistakes. There’s also some pointed remarks about budget cuts and lack of direction in the 80s that tickle the fourth wall.

“Typical. I should be at home in bed by now. This is all your fault.” — The Brigadier (Retired)

Naturally, the Doctor arrives at the same time as a mysterious menace, a crisis requiring the modern UNIT. However, neither the Doctor nor the Brigadier are currently part of UNIT, so they’re treated like civilians rather than being in charge of the investigation.  It’s fascinating seeing a UNIT story from the point of view of guest characters mixed up in the mess who aren’t part of the regular team. Having retired, the Brigadier doesn’t even want to be involved, and the Doctor jumps in largely because he’s hoping to find technology to fix his TARDIS. Of course, they both care about protecting the “little people” and can’t leave it up to the loutish Colonel in charge of UNIT, played by David Tennant, to ruin things… can they?

Speaking of ruining things, Mark Gatiss does an excellent job as the suave villain.

This story adapts elements of The Mind of Evil, Spearhead from Space, and even Planet of the Spiders  (Buddhist Monks!), but it’s a fresh enough take that I barely noticed the echoes. It helps that the style is more like 90s Who might’ve been if it had still been on the air.

The appeal in this story is in the character dynamics, particularly between Nicholas Courtney and David Warner, who are slowly, warily coming to know one another. David Warner plays his Doctor with gravitas and a certain sad restraint that make it very easy to believe he is the Doctor— a Doctor, anyway— although it’s awfully similar to many other roles he’s played.

I had a little trouble getting into it at first. But once Nicholas Courtney and David Warner start working together, I found myself sucked in.

Unbound 2: Sympathy for the Devil

I kept thinking the Abbot was going to turn out to be the Doctor’s old mentor. I think he was a deliberate red herring.

Mark Gatiss had so much fun chuckling his way through the scenery. “A new TARDIS, at last…”

The ending is daringly ambivalent. On the one hand, what a lovely idea, that the Brigadier became a proper companion wandering around the galaxy with the Doctor, something the real Brig never did because duty came first. On the other, they left behind a mess without checking, and many people died.