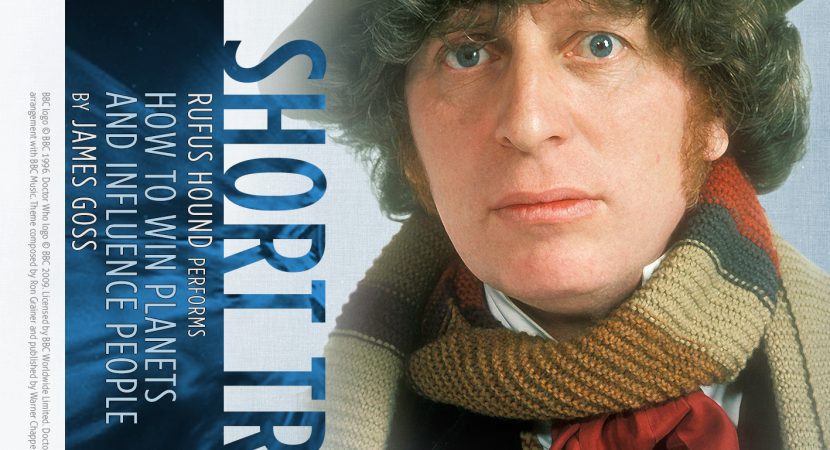 The Meddling Monk’s tidy To Do List set him apart from the Doctor’s typical adversaries, so it’s no surprise he’s being invited to give slide lectures on how to take over the world.

This is a tongue-in-cheek Evil Overlord presentation with in-jokes pointing fun at classic Who monsters and invasion strategies. Even The War of the Worlds garners a sly nod. Mixed with corporate jargon and the sort of engaging patter one finds at TED talks, it’s a lighthearted bit of Who that never quite crosses over into parody.

Along the way, the Monk digresses to share anecdotes of some of the pitfalls one can run into on the path to world domination. Namely, a chap in a long scarf and his friends, which include a dapper young military surgeon and an innocent-looking journalist wearing appalling flared trousers.

Unusually for Big Finish, there’s a minor sound issue— Rufus Hound seems to have moved closer to his microphone near the end— but it doesn’t detract from the story. He’s perfect as the Monk, and he has a lot of fun hamming up this script. The Doctor and friends don’t figure very prominently in the narrative, but it’s a cute meta-commentary on dozens of classic Who tropes.

“Also, if your best plan is an army of cunning robot duplicates, then you really need to be rethinking your life choices.” — The Monk

ST#7.06 - How to Win Planets and Influence People

“There are some corners of the universe that have bred the most ghastly things. They must be stamped on. The Doctor is one of them.” Nice spoof of a famous Patrick Troughton quote.