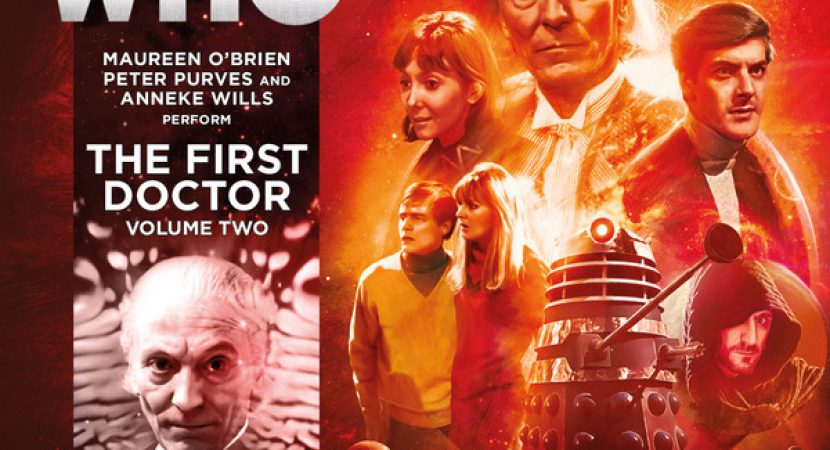 The Doctor returns to revolutionary France, and this time he’s less blasé about exposing his companions to its dangers.

The Doctor laid a hand on each of us. “Listen to me, both of you. The last time that the TARDIS passed this way, I almost lost all three of my companions to the paranoia of well-meaning men. And that was in Paris, one of the most civilised of cities. Here we are in lawless country.”

This year’s Companion Chronicles for the First Doctor open with a historical, fittingly enough. It’s a clever riff on the old Reign of Terror serial: what was happening out in the countryside while Paris was awash with blood? It’s a grim chapter that few of us have learned in school.

For Vicki and Steven, it’s ancient history, and they must learn as Barbara did how much and how little they’re allowed to intervene. But they’ve also stumbled across a horror story. There’s something monstrous lurking in the dark forests of western France, something which even agents of terror may have cause to fear.

Maureen O’Brien narrates, voicing all three TARDIS regulars and most of the guest characters. On the one hand, I’ve always adore Vicki: her compassion, her wide-eyed wonder, and her mischievous spirit, somewhat dampened by present circumstances. On the other hand, I think this is the first time Maureen’s had to voice the Doctor and Steven as well as extra characters and all the narration. For the most part, she carries it off beautifully, but to my ear her Hartnell imitation was rather laboured. But she grows more confident as the story progresses. And for a guest character, Nicole, she can use her own voice, wringing out a little extra emotion and pathos.

As with older Companion Chronicles, this is a two-hander. Guest actor Robert Hands handles a few random soldiers, peasants, and the charismatic yet ruthless Lieutenant Lagrange of the revolutionary army. If Nicole is a sympathetic figure, Lagrange is a dangerous antagonist, although not the most dangerous one in this story.

Suspense, history, and the plights of ordinary soldiers and peasants in a world in chaos— this story has a lot to recommend it. However, it didn’t grab me quite as much as another recent entry by the same author, The Mouthless Dead. That audio had a more complex plot, more emotional resonance with the guest characters and regulars, and a little more for each TARDIS crew member to do.

The Doctor refers to “humans” several times in this story, and Vicki implies that she knows he isn’t human. In retrospect, we know this is so. In fact, the Doctor referred to himself as “human” on TV a few times in the One era, despite his insistence that he and Susan were exiles from some other planet.  (Settlers from a far future? The original concept of the Doctor was kept deliberately vague, whence the show’s name).