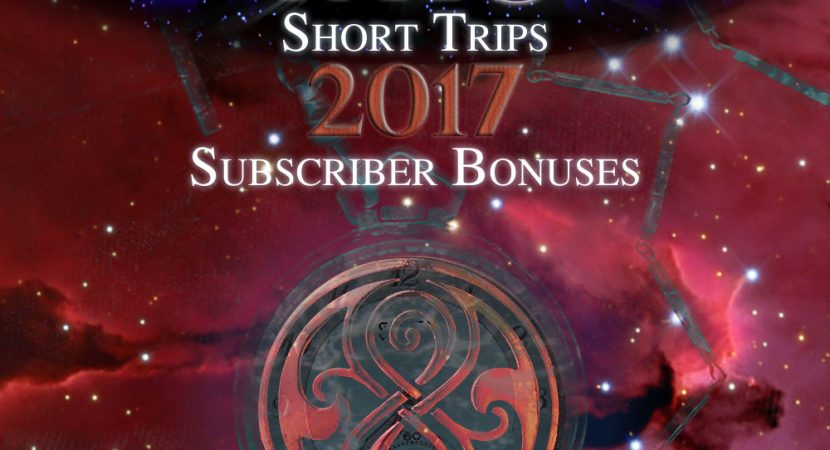 Considering his pockets, it’s surprising the Fourth Doctor doesn’t visit jumble sales more often. The TARDIS opts to correct that oversight, risking being snapped up as a curio herself. The Doctor may not fully appreciate the gesture, but for once, Sarah is completely in her element. Can she possibly get through a day without being “savaged by bug-eyed monsters”?

“This looks fun,” she beamed.
Fixed and focused, the Doctor moved into the crowd as Sarah tagged along as if in tow.

His companion browses knick-knacks while the Doctor hunts for something more exotic— something that’s caused the TARDIS to bring them here in the first place. Naturally, what he finds will put the kibosh on Sarah’s bargain hunting.

This short story captures faithfully the Fourth Doctor’s alien, magisterial, whimsical and vaguely irritating self. Sarah anchors him by being ordinary, but even this little glimpse of her is a gift. (Subscriber bonus audios often pay homage to companions no longer with us).

Very minor quibble: the classic Who sonic screwdriver was a sonic emitter with a wide range of applications from vibrating screws loose to setting off mines, but it was almost never used as a scanner. The Eighth Doctor adventures and New Who have significantly upgraded it from a mechanical tool to a handheld smart device, but in the old days the Doctor would jury rig various specialised detectors as needed (e.g. the hilariously-shaped “time sensor” in The Time Monster).

Trust the EU to provide origin stories for absolutely everything, no matter how ordinary or trivial. And trust fans to have wasted entirely too much time researching every scrap of trivia. I once traced the hatstand’s earliest appearance back to The Invisible Enemy (to my surprise— I’d expected to find he’d nicked it from UNIT). But no doubt he’d picked it up on some previous excursion, since Leela is shown carrying it into the Primary Control Room from some inner part of the TARDIS. Collector’s Item explains when it entered the Doctor’s collection.