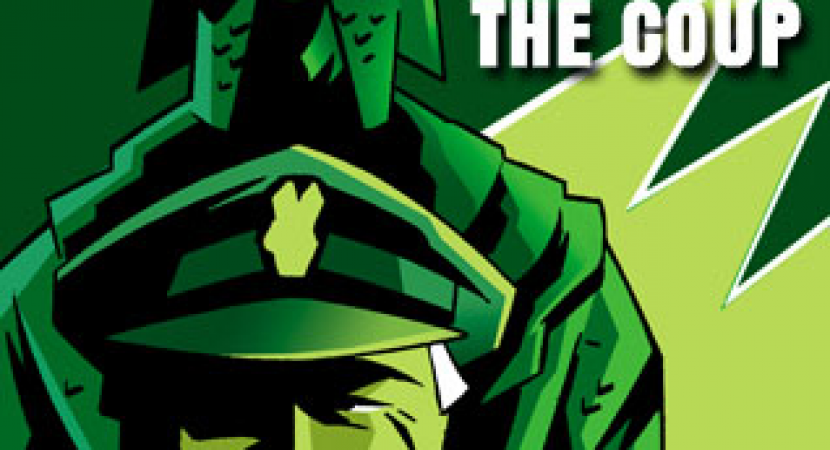 It was originally included with a half-hour Bernice Summerfield  adventure on a CD insert in Doctor Who Magazine #351, but they’re now available on Soundcloud or BigFinish.com for free.

UNIT is handing over power to a new security organization, the Internal Counter Intelligence Service. They haul Lethbridge-Stewart out of retirement to give a speech regarding the changeover. Of course, things don’t go entirely as planned. Nor is the Brigadier— General, now— going to go quietly. Or is he?

“The Coup” is really a 20-minute prologue for the 2004-2005 Big Finish UNIT series. However, it’s a self-contained story and a nice thumbnail portrait of Lethbridge-Stewart. Worth a listen, especially if you’re a new Who fan who hasn’t had a chance to meet Kate Stewart’s father from classic Who.

You can download “The Coup” on Soundcloud or on Big Finish. You’ll have to register a login with email/password, but you won’t be charged.

In about 20 minutes, Sir Alistair shoots at things, fights aliens, uncovers and overthrows a conspiracy, and oversees first contact on his own initiative. Not a bad afternoon’s work for a retired general.

I’m surprised that new Who permitted a “first contact” story to slip out as a freebie magazine insert just as the new show going into production. I know that all Big Finish scripts have to be passed by Cardiff, but one should probably treat this one as loose canon.