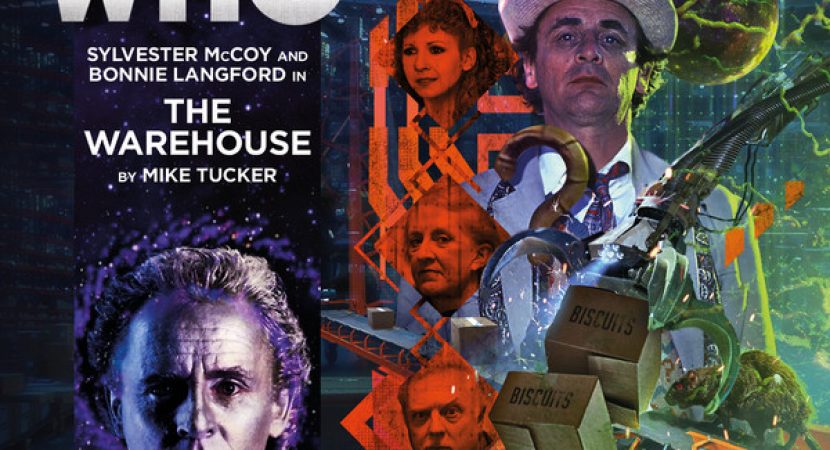 Tired of angst or Machiavellian Seven? Here’s a Season 24 adventure in the style of Paradise Towers, only a little less kooky.

In an enormous warehouse, the Doctor and Mel land somewhere between the biscuits aisle and electronics. But all is not well in this online shopping empire. The computer’s on the blink, some of the stock is well past its sell-by date, and online orders are going unfilled. The Supervisor won’t stand for that! Cal in Mel for tech support and the Doctor as an exterminator.

It’s a fun, simple story with dashes of humour and body horror, taking a basic idea (online shopping) and extrapolating it into the future until it’s exaggerated and slightly sinister. The Doctor and Mel have to uncover what’s really going on while dodging crazed warehouse staff and various other hazards. There’s a few clever surprises, but mostly it’s just a  solid classic Who adventure with a dysfunctional civilisation badly in need of the Doctor and Mel’s intervention.

Doctor: I’m not convinced anything ever leaves this warehouse. Just an endless stock take, day after day, month after month, year after year.
Mel: No wonder the families are starting to go stir crazy.

I’m always happy when a classic Who companion like Mel gets a chance to utilise her character’s skills. This is kinder, gentler, early Seventh Doctor, inquisitive and spontaneous, improving along the way. The Warehouse staff are an interesting group (longtime Who writer Mike Tucker cleverly obviates the need for more than a skeleton crew), although it’s sometimes hard to tell them apart. High Priestess Lydek starts out as one of those typical hidebound, harsh religious leaders, but she turns out to have a little more to her.

There’s really not a lot to say about this one. It’a an entertaining but unexceptional Season 24 serial, recapturing the easygoing, matter-of-fact Mel and Seven partnership that existed for only a few TV episodes. It’s fun, but it didn’t especially hook me. I kept not getting around to finishing it (possibly due to real life more than the story itself). But I enjoyed it when I finally listened to the whole thing.

I like the premise: a cargo cult based on online shopping. From there it’s easy to guess the broad outline of the story (worshippers, unbelievers, the Doctor dismantling the religion to save them as in Face of  Evil and a gazillion other stories), but it still plays out in a satisfactory manner. I appreciated the twist that the rats turned out to be friendly and intelligent (and a lot less disgusting than the ones in Rat Trap).

Some of the worldbuilding details don’t bear up under close scrutiny, but that’s true of a lot of lighter classic Who TV serials.