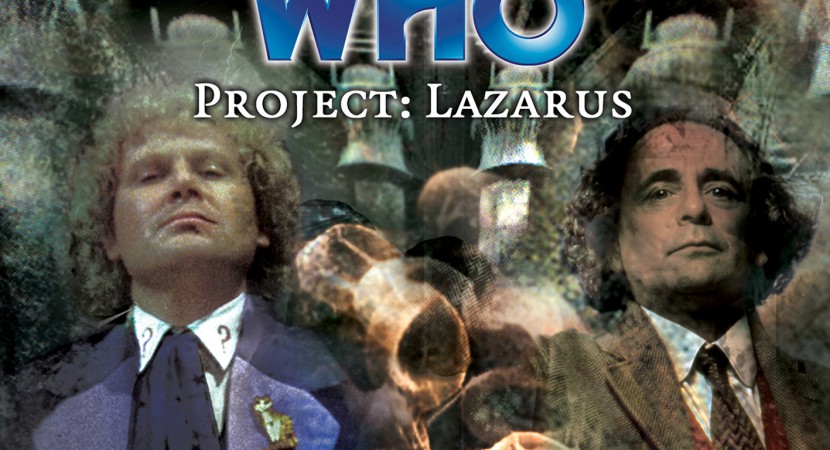 It’s the first multi-Doctor story since Sirens of Time, and I’m blown away by Big Finish’s progress in four years.

Like that audio, the Doctors have separate adventures,  which means less story development for each half. At times things seem a little rushed, or the story skips forward leaving us to fill in the gaps. It’s the same problem that plagued Sirens of Time, but in this audio it adds tension and a sense of loss.

The story starts out small. The Doctor and Evelyn finally circle back to check on Cassie, the victim of Project: Twilight whom they’d left behind until they could find a cure for her vampirism. Unfortunately, there’s bigger problems than Cassie’s to contend with. She, the Doctor and Evelyn are soon embroiled in a top secret project of The Forge,  a black ops organisation headed by their old adversary Nimrod. It turns into Evelyn’s most difficult and distressing outing yet. That’s saying something, considering Jubilee. There’s a heartwrenching scene between her and the Sixth Doctor on opposite sides of a door that fans would talk about for years had it been televised. It feels very new Who in the way it treats their relationship with depth, respect, and character development, save of course that classic Who friendships remain Platonic.

Part two jumps forward to the Seventh Doctor flying solo, once again circling back to deal with unfinished business that Six couldn’t solve. Project Lazarus is another of Nimrod’s bright ideas, and it’s horrific. In the course of uncovering and thwarting it, the two Doctors have some astounding moments like nothing in Doctor Who before or since (except that Doc Oho suggests RTD adapted some elements of The Forge for Torchwood). Nimrod is a truly formidable opponent, and at times this audio reaches Jubilee levels of horror.

“Mind you, Evelyn never forgave you anyway, right up to the end.” — The Doctor

Cassie and Evelyn have some moving scenes in the first half, but the second half is the Colin Baker and Sylvester McCoy show. Both of them are excellent. I’ve often said that Big Finish is Colin Baker’s revenge, giving him the opportunity to show just how good he can be with a production backing him up instead of thwarting his best efforts. In fact, this whole story demonstrates that the two most underrated classic Doctors were underserved on TV. Not that the story is problem-free. There’s an alien invasion plot shoehorned in, there’s a flapping loose end with Evelyn that will have to be resolved in future audio (which adds suspense), and at times the story seems to lose focus for a moment and get bogged down on stage business, leaving less time for story depth. It’s still a heck of a drama.

Big Finish loves putting its companions and Doctors through the emotional wringer in ways that the classic show just couldn’t. We’ve already heard Nyssa and Five falling out in Spare Parts, while their last adventure, Creatures of Beauty, ended on an unusually tentative and unsatisfying note calling into question all they’ve ever done. Neverland left Eight and Charley with the worst cliffhanger in classic Who to date: how can the Doctor possibly come back from that? (And since at this point there was no notion that Doctor Who would ever be renewed, how could listeners be sure he would?) Ace and Seven had a falling-out in their last two stories as well, and now Ace is nowhere to be seen— what happened? In Project: Lazarus, Six and Evelyn have hit a crisis point which may break their friendship.

It was an extremely bold move to leave their story hanging. It was even bolder to have Seven refer to that argument in the past tense and say that Evelyn never forgave him.

Will he be able to forgive her for the secret she’s been hiding?

Colin Baker’s stint as the clone was creepy, sustained by some dang fine acting. He’s not quite the Doctor, and yet he is. Anger, brutality, compassion, fear and uncertainty— he runs the gamut of emotions. In some ways he’s the ultimate opponent in this story (although not the villain), and his actions really do lead to the death of at least one person in the story, not to mention all his other selves. My only small quibble is that it was blatantly obvious he was a clone, since the clues had been laid out like Chekov’s guns in the first half. Seven guessed early, but to my surprise he seemed not to be certain until after contacting the clone’s mind.

A basic difference between Seven and Six’s clone: Seven tries to save him, even though it’s hopeless, while Six!Clone has no qualms about killing people.

Project Twilight posed a greater immediate threat to Earth. But Project Lazarus is a threat to the Doctor, and it’s distressing to hear him suffer through it.