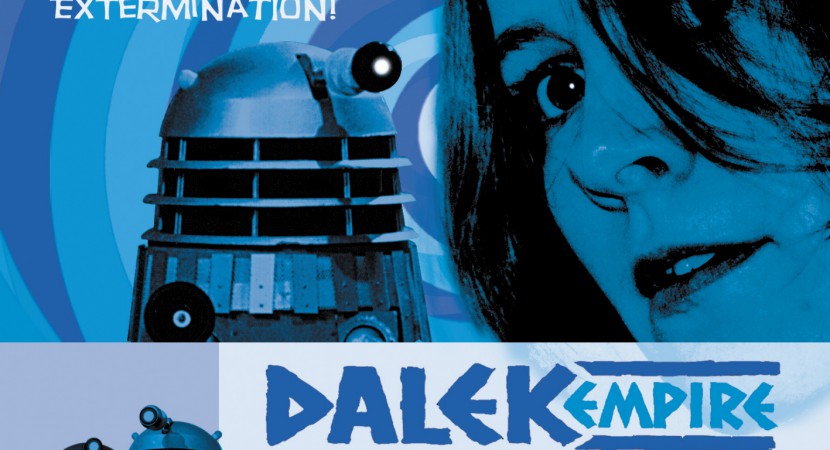 My assessment of Susan Mendes as an “unsung hero” of the Doctor Who EU may have been premature. In fact, the “angel of mercy” is a fascinatingly ambiguous character. Hero or villain? Saviour or collaborator? It’s complicated, and that’s part of what makes Dalek Empire click.

The episodes of Dalek Empire are so seamlessly integrated that it’s difficult to review one in isolation. Chapter 1 covered the Dalek invasion of Vega. Now we get to see what it’s like on other occupied worlds. In some places, the resistance and Earth Alliance are making headway, but in others, the Daleks are in control and resistance is futile. It’s hard for someone on the ground to know which is which. It’s a brilliant bit of storytelling that hope, the human factor, proves to be a two-edged sword.

Again, a small, tight cast with Daleks as goads keeps the story moving forward and maintains the tension and sense of oppression. Susan and Kalendorf have formed an uneasy friendship, constantly under Dalek surveillance, trying to give the humans hope. Again and again, Kalendorf challenges her as she’s forced to compromise.

“And there she goes again, thinking like a Dalek.”
“Oh, please, Kal. Can’t you just give me a moment’s peace?”

Meanwhile, Susan’s old friend Alby the pilot (undercover Earth Alliance agent) is still free, and he’s filled with remorse for having abandoned her during the invasion of Vega. He and his friend Gordon Pellan careen from one dangerous scrape to the next, barely keeping ahead of the Daleks while searching for some sign that Suz is still alive.

Part II begins in Dalek-occupied Garazone, whose Mos-Eisley-like spaceport must be incredibly ancient by now. It was already dilapidated in Sword of Orion, the Eighth Doctor story released six months before this one. That adventure took place in 2503, while the Dalek invasion takes place in the year 4162. Nevertheless, you can still hear the horses and the same music playing in the spaceport’s bazaar. Audio does what it can to remind us of familiar places.

The second half of the story takes place on the planet Guria at the edge of the Dalek advance, where the newly-subjugated population and their rulers are not yet reconciled to their chains. The constantly laughing rulers are a bit odd, but I get the impression they’ve seized on laughter as one covert way of rebelling against their Dalek overlords, who seem to find the sound incredibly annoying. Unfortunately, I did too.

Still, I’m enjoying this series. The Daleks are sinister and evil yet they really aren’t the spotlight: the focus is on humans and humanoids and how they react to this overwhelming threat. Cowardice, courage, laughter, tears, and the “human factor” make this a psychological drama as well as an action adventure full of fast-paced space battles. There’s a love story, but a blessedly unconventional one: Susan doesn’t know how Alby feels about her, and he can’t even be sure she’s survived. Also, as I suspected, nearly everyone in this audio is hiding something, and now the secrets are beginning to emerge.

I love the fact that Kalendorf and Susan are collaborating to spread secret messages of sedition to occupied worlds. However, I cannot help wondering if the Dalek Emperor has guessed and accounted for their plotting. It’s a really clever storytelling trick that every time Susan gives people the hope to keep going, she’s also urging them to support the Dalek war effort. It’s shocking when she goes so far as to order the Daleks to kill rebels to silence them.  Is she irredeemable now, or was that a necessary evil?

We’ve also cleared up the mystery of the Knights of Velyshaa, at least somewhat: they were defeated by the Earth Alliance (almost 600 years before this story, or was it a more recent conflict?), yet Kalendorf’s lived his whole life in what he feels to be subjugation by humans. The Daleks, however, are a common enemy. We have not cleared up Susan’s “classified” work on Vega 6, investigating some sort of powerful rare mineral.

And Alby is a juvenile delinquent, like Josh, except he’s been pressed into the military doing things he didn’t really want to do either. Ask Benny: it seems to be a theme.

Speaking of which, I’m desperately glad that Benny and Nyssa both predate this conflict by so far that they never got caught up with it (well, apart from Nyssa’s involvement in the Mutant Phase AU timeline and her encounter with a few last survivors of this war in Plague of the Daleks.) I think I’m finally untangling the EU history of the galaxy, hurrah! The TV series almost never had a canon bible, so I’m used to there being almost no continuity or sense of time as linear. Back then, it seemed time and space were pretty much the same thing, all places within easy reach outside the TARDIS doors. During the wilderness years, Big Finish, books and comics (not to mention the FASA roleplaying game) set about codifying and establishing some sort of loose timeline.