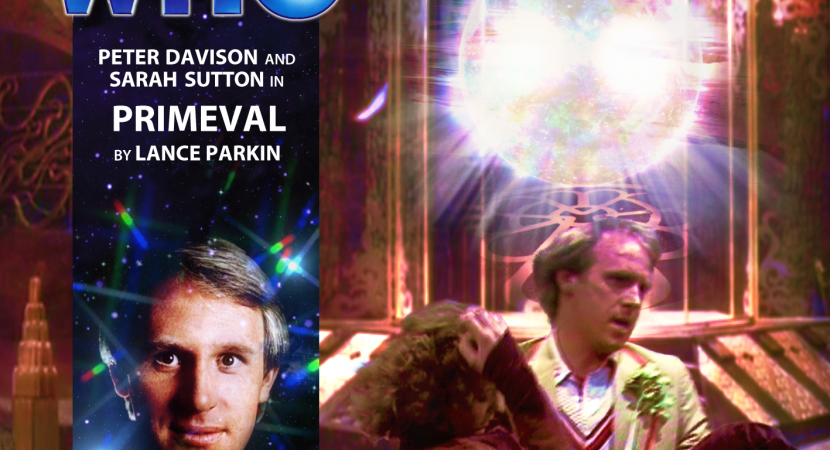 I never get tired of this lovely nostalgic classic Who story riffing on The Keeper of Traken.

Remember when TV-Nyssa fainted from oxygen deprivation at the end of Four to Doomsday and spent all of Kinda napping off the inexplicable hangover? This audio provides a plausible explanation for that and her moments of psychic sensitivity in Time Flight. Something is badly wrong with her. In desperation, the Doctor takes her to the one place in the universe where physicians may be able to treat her, to Traken’s distant past. As usual, chaos follows in his wake. His own actions may tear down the walls of paradise, thousands of years before Nysssa was born.

I’m wary of damsel-in-distress plots, but every once it a while, it’s sweet to see the Doctor playing knight in beige armour. He’s protective of all his companions, but Five is definitely a big softy when it comes to Nyssa.

“Kwundaar, I hope you’re not expecting me to destroy the Union [of Traken] for you. Not even Nyssa’s life is worth that.” — The Doctor

The guest characters in this are great fun, in the same idiom as The Keeper of Traken cast. We’ve got stuffy, genteel, elderly consuls, stolid Fosters, and a charismatic villain played by Steven Greif, aka the original (and best) Travis of Blake’s 7. Once again he pulls off a delicious blend of sinister affability. Shayla the healer makes a competent colleague for the Doctor while Nyssa’s out, and Shayla’s apprentice Sabian gives Nyssa a friend her own age. Shayla and Sabian have their counterparts on the side of villainy: Captain Narthex, a man who’s sold his soul to the devil for the sake of his daughters, and an ardent young lieutenant, Anona, who’s as ruthless as Sabian is kind.

The one problem with this story is that, until the real plot gets going, there’s a lot of going-around-in-circles with the Consuls dithering over how to deal with Nyssa’s illness, which they’re afraid may be contagious. Just as in The Keeper of Traken, they really aren’t well-equipped to deal with disruption to their orderly society. On the other hand, Nyssa telling them off while she can barely stand is immensely satisfying: this is the girl who shamed the High Council of Gallifrey, after all.

The second half of the story is more of an action adventure than an ethical dilemma, and I won’t spoil it. But I very much enjoyed the Doctor’s game of cat-and-mouse (or mouse trying to outwit the cat) and Nyssa’s moments of courage and badassitude in the face of hopeless odds. Most of all, I love the moment when the Doctor suggests Nyssa stay behind, and she gently but firmly insists that they are a team, and she’s not leaving him to face monsters alone.

Really, if you enjoyed The Keeper of Traken, if you like Five and Nyssa, or even if you just want vintage classic Who with a little more attention paid to character depth, this is a fun audio. I reach for it whenever I need a good Big Finish without buckets of angst.

I’ve made some custom cover art for your iTunes library (click for full-sized): 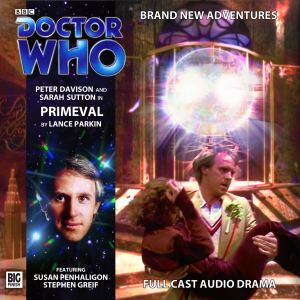 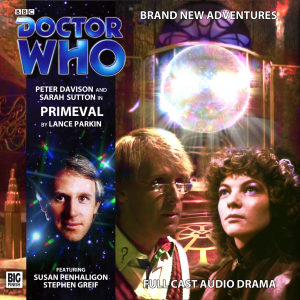 If you listen closely during the final scene, you’ll hear Nyssa’s attempt at approximating the music for the Charleston. I can only conclude that during the celebrations, she taught more people the dance. Which is a charming image, if you remember the floor-length velvet gowns worn by well-to-do Trakenites.

Yayster, one of my favourite fan artists, drew an amusing portrait of Five and Nyssa in their swimming costumes. Also? The Doctor brings a waterproof bag for his clothes, but claims he didn’t have room for Nyssa’s, forcing her to spend the rest of the story in a swimming costume? *cough cough* Funny that.