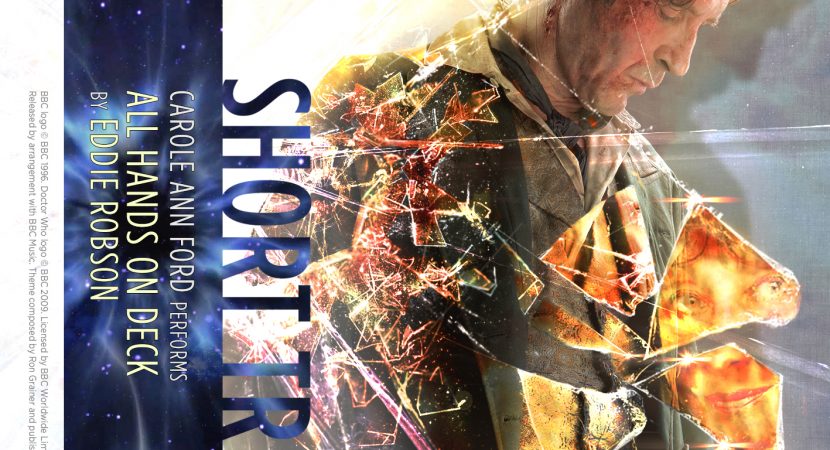 When there’s something strange in the neighborhood, whom do they call? Susan, apparently.

Here’s the trailer, but I think it spoils a little too much. You may want to hold off.

Once again, Big Finish takes on the loose ends that the TV show scatters in its wake.

I haven’t yet caught up on Carole Ann Ford’s other older!Susan audios, although I’ve run across two big spoilers that I won’t inflict on you. But this story takes place after she’s lived on Earth for several centuries. That lets Carole use her real voice, instead of trying to chip fifty plus years from her delivery. Susan Campbell is no longer a timid girl who shrieks and cringes at monsters. She faces threats as capably as her grandfather used to, before he left her behind.

“I edged closer to the stuff, waving away their warnings. My flesh didn’t dissolve, so that was a good start.” — Susan

This audio is a character study disguised as story, allowing us to hear Susan’s perspective about her teenaged years, even as she takes on new dangers using a very Doctor-like approach. Alas, some dangers are all too familiar. She can’t seem to escape the shadow of the Daleks, no matter how long she lives.

Yes, All Hands on Deck addresses the burning question that classic fans have been shouting to the rooftops ever since Doctor Who returned to TV. What happened to Susan?

I didn’t say it completely answers the question, mind you, but it definitely provides us with a few glimpses of her future. Also, as you might expect, the Doctor’s presence is very much a part of this story.

It’s a very satisfying, poignant little story with garnishes of humour and sadness. It’s yet another case where Big Finish won’t leave classic Who characters fossilised in amber, but dares to extrapolate their later lives. This is what “expanded universe” is for.

…good heavens, it’s yet another Eddie Robson script. Has Big Finish got him chained to a desk in the basement? I continue to be impressed at how well he dredges up subtle callbacks and captures the essence of classic Who characters, expanding without distorting them. There wasn’t time for him to develop the secondary characters, but he certainly shone the spotlight on Susan.

Wow. Susan is so much her grandfather’s daughter. I loved the scenes between them, of course, from his exhaustion and near-despair, to his bumbling attempts to shield her (well-intentioned but alarming pranks, and of course his childish glee over the custard).  The strained concern they share for one another, and Susan’s exasperation with him, feel very real.

I’m so glad that Susan finally challenged the way that her grandfather left her behind.

The first time I saw Hartnell’s famous “go forward in all your beliefs” speech, it was  the intro to The Five Doctors. I had no idea it had originally been delivered from the other side of the locked TARDIS doors. The first time I saw Dalek Invasion of Earth, I was distressed and angy at the Doctor for deciding he knew what was best for Susan, stranding her on Earth without a TARDIS and arrogantly assuming that her marriage to David was a certainty. (Spoiler: not everyone winds up spending their life with their first love!)

All Hands On Deck brings us full circle back to that moment. This time, it’s Susan who locks the door, takes charge of her own future, and fondly bids him farewell with an echo of the First Doctor’s farewell to her. She’s going forward in her beliefs, which are not his.

Very neatly done without being too on the nose.

Of course, this story and last month’s Short Trip are also tie-ins to the release of the Eighth Doctor’s Time War series, setting the stage and whetting our appetites. Gulp. (I’m always torn when Who starts retroactively projecting new canon on classic, but Eight is the bridge between the two, so this makes sense.)