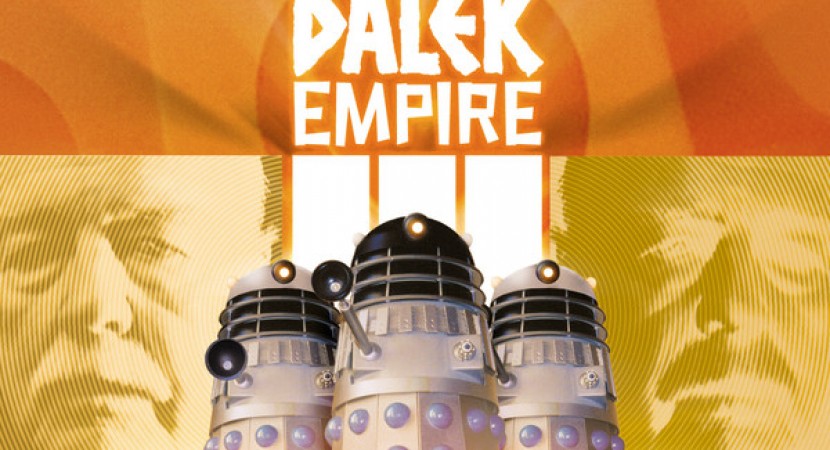 This series took a couple warm-up laps to hit its stride, but by now it’s revved up to full Dalek Empire momentum.

Secret agent Galenar (David Tennant) has found the Daleks, but the Daleks have found him. His chilling backstory finally comes out, and it’s a clever tie-in back to Dalek War. Hapless Siy Tarkov and his capable daughter Amur are in the Dalek cross-hairs as well, deep in enemy territory. Meanwhile, the Graxis Wardens who escaped the Daleks are struggling to keep one step ahead of pursuit.

“We aren’t going to be able to avoid the Daleks forever.”

The first two installments of Dalek Empire 3 threw a ton of characters at us and suffered a little from lack of focus. There were some appealing characters in that mix, and we certainly needed to sympathise with Siy, but it was difficult to know who the core protagonists were. Now we’ve winnowed down the cast and pivoted to action, drama, infiltration and escape sequences. The result is a crisper, tighter story with stronger beats.

The drama between Galanar, Tarkov and Tarkov’s daughter Amur unleashes an emotional rollercoaster I enjoyed the flashbacks to Dalek War, explaining the unfinished backstory of a character in the last series. I also love the ominous hints of Susan Mendes, whose ghost, as ever, haunts the galaxy thousands of years later, like Paul Mu’adib in Dune.

The Graxis Wardens thread is simmering on the back burner. I’m still waiting for the payoff with Kaymee, and I’m wistful that we may have seen the last of the Graxis natives without those intriguing preliminaries amounting to much (we’ll see). I’m guessing the next chapter will give us the real payoff for the Wardens backstory.

For now, though, it’s Galanar’s show. David Tennant has established him as an intriguing and charismatic character. I can’t help wondering if RTD had Galanar in mind when he tapped Tennant to play a similar type of hero in a battered blue box.

And yes, that was some cliffhanger.

Isn’t Galanar a perfect Gary Stu? I mean that in a good way. It’s just that with his superhuman characteristics, I can’t help thinking of all the criticism Star Wars fans are leveling at Rey for being special. And while the Doctor can’t turn invisible, he’s a fundamentally decent more-than-human character with similar levels of optimism, arrogance, charm and intelligence to bluff his way through impossible situations.

Except when he can’t.

And it turns out I was wrong about Galanar’s auditor. In the last episode, he was speaking to the Dalek Supreme (carrying the remnants of Susan Mendes) at the end of the last story, so I thought that was going to turn out to be the frame. But she let him go. Now I’m no longer sure who he’s talking to.

I’m afraid Amur’s about to be fridged, but we shall see. I love her arc so far.