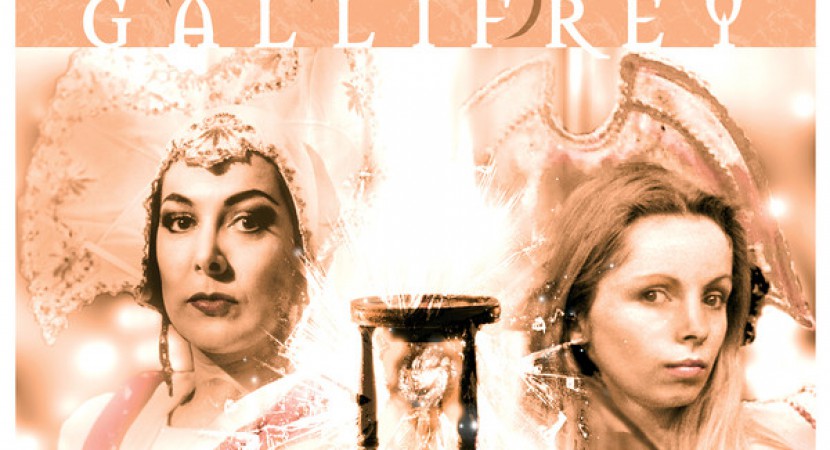 A jumble of plot points that pay dividends later on, you need to listen to this one within the space of a day or two to keep track of all the different balls in the air.

Inquisitor Darkel, aka Lynda Bellingham who called Colin Baker’s Doctor onto the carpet in Trial of a Timelord, has set her sights on President Romana. (Narvin put Darkel up to it.)

The inquiry illustrates a real-world conundrum: if a threat is averted, critics may claim after the fact that nothing bad happened, so the drastic actions taken may not have been necessary after all. That sounds ludicrous, but it’s an argument that occurs in the real world regarding everything from preventive medicine to environmental measures. It’s usually invoked in funding debates rather than in impeachment trials, but it’s a great idea for a court drama.

Leela: What is diplomacy?
Braxiatel: In Narvin’s case, lying in state.

Unfortunately, the inquiry plot is put on hold by another major threat that arrives seemingly out of left field. Nobody except K-9 Mark II seems to be very invested in said threat, even though it comes with a countdown. Instead, Torvald and Narvin are busy with Gallifrey 1.1, mopping up some unfinished business from that story (or sweeping it under the rug?), Leela’s serving as Romana’s eyes again while engaged in her own quest to find out what happened to her missing husband, Braxiatel is being his charismatic smarmy self, and Romana is trying to keep tabs on everything until she finally acquires the information she needs to go off and tackle the real problem from an oblique angle.

At the least, it’s an intelligent story that hinges on secrets, knowledge and wits.

For the first two-thirds of the audio, I felt like there were a lot of jigsaw pieces from different puzzles flying about. Near the end they tumble onto the same table and turn out to be related. The story pulls itself together for a solid climax. I love it when Lalla Ward goes into MADAME PRESIDENT overdrive and shows she’s boss.

Possibly if I’d heard The Inquiry all in one session instead of pausing for a week to attend to other matters, I might’ve thought it a tightly-plotted, masterfully complex story. As it was, I got bogged down during a combat scene about midway through (a largely unintelligible sequence of explosions, grunting, staser fire, and forces unknown). When I picked up again, I couldn’t understand why the abandoned inquiry resumed after its participants had eliminated the original reason for the trial. Surely they had more urgent matters to attend, like the timer ticking down towards Gallifrey’s potential ruin?

Romana herself becomes a little peevish on that point.

Plot aside, this audio provided some key backstory and character development for all the major players and helped smooth over the disconnect between Braxiatel in the Bernice Summerfield series and Cardinal Braxiatel. Narvin and Torvald and Leela have some great clashes, while Narvin and Romana are beginning to build a working relationship despite the fact that they distrust one another. And Brax turns out to more than just Romana’s competent but unctuous yes-man. Once again, I could listen to Miles Richardson’s voice all day.

Romana’s solution to the problem in this story is essentially identical to Weapon of Choice: call the bluff and let the thing detonate. Sooner or later, that strategy is going to blow up in her face.

It’s a grim irony that Braxiatel and Romana wind up preserving history to ensure the destruction of the Minyans, whose destruction was the supposed grounds for Gallifrey’s later nonintervention policy. I wonder what Leela would have had to say about that? I don’t think she was in the inquiry chamber when that was decided. She and the Fourth Doctor encountered a splinter group of Minyan survivors in the TV serial Underworld.

They preserved history to keep the Timonic Device from being stolen by forces unknown. Too bad they didn’t steal it themselves to prevent its use. (Sounds like a regular Doctor Who plot.)

One thing baffled me. In the early going, Darkel’s sophistic argument is that timonic devices could not exist, therefore Romana overreacted to a nonexistent threat. By the end of the story, the briefcase Romana was making a fuss about turns out to be a hoax. So, while the databomb proves that timonic devices can and did exist, the briefcase seems to support Darkel’s contention that Romana took drastic actions against a nonexistent threat.

I suppose the databomb preserved evidence about the potential threat, proving that Romana had grounds to act as she did.