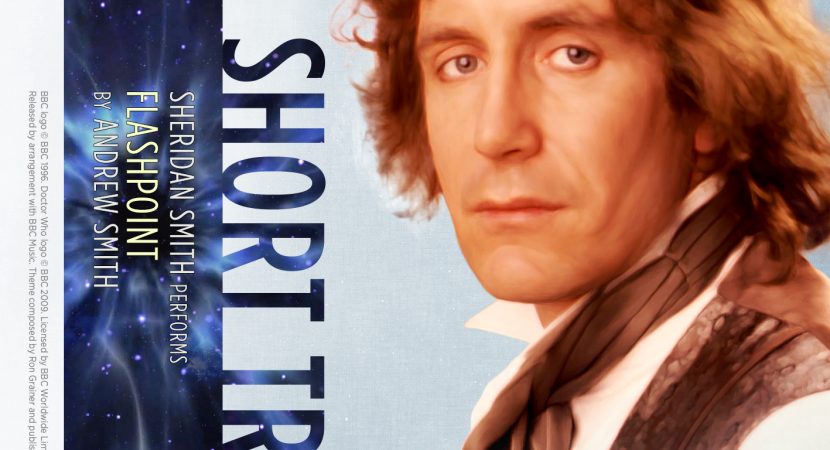 Strap in for a wild ride; Lucie Miller is having a hell of a day.

The Doctor takes her to view one of the most wonderful planets in the universe— seen from a safe distance, at least. This being Doctor Who, “safe” and “distant” are relative.

“Hmm, you’re clever,” I said.
The Doctor harrumphed. “Yes, well. He’s got it broadly right.”
I crouched down next to the boy and asked, “What’s your name?”
Suddenly, a hand grabbed my shoulder, and I looked up at its owner: a large, unfriendly-looking man in a dark suit.

Lucie makes the acquaintance of a precocious youngster just before an attack on the space station where they’ve come to take in the sights. Not about to let a child be killed if she can help it, Lucie appoints herself his protector. The perils they will face would be a challenge even to the Doctor. Unfortunately, the Doctor and Lucie get separated early on.

Well-chosen sound effects and the emotional intensity of Sheridan Smith’s voice (as you can hear from that clip) are all that’s needed to convey the danger, the wonder, and the imaginative SF landscapes of this story.

It’s only a half hour audiobook, so I’ll cut this review short to avoid spoilers. It’s an exciting, satisfying little story. It’s Lucie being resourceful and down-to-earth, frightened but determined to do all she can to help. The Doctor would be proud.

(Note: I rated it 9 in the context of Short Trips. One can’t really compare a single-narrator half-hour audiobook to full-cast dramas, but it’s an excellent Lucie Miller short story.)