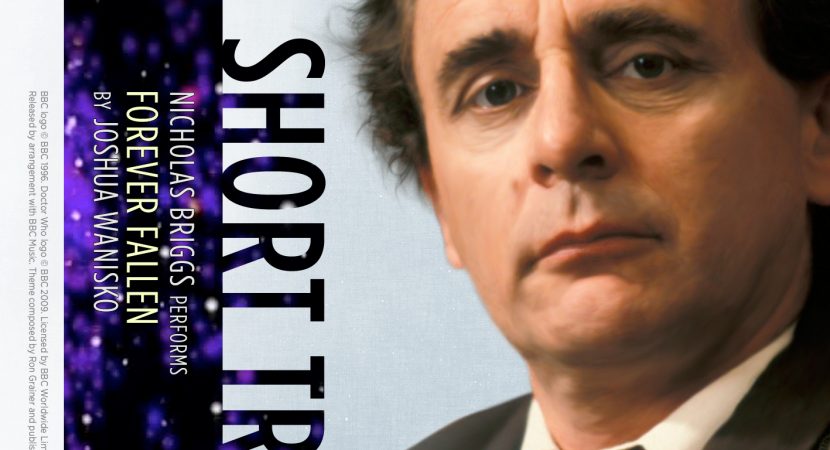 Why are you reading my review of a free Doctor Who story that you can download right now? Okay, okay.

In my perpetual marathon to catch up on Big Finish, I’ve reached the winning entry for the Paul Spragg Memorial Short Trip Competition, in honour of a well-loved fellow taken too soon. It’s fitting that he be honoured with a story that digs into some of the core themes of Doctor Who.

Fan Joshua Wanisko did a bang-up job in taking a common classic Who trope and examining it in more depth.

The Seventh Doctor is well-known for using words as weapons, talking down would-be villains from pulling the trigger. Classic fans should remember the gripping “you like guns, don’t you?” scene in Happiness Patrol. Big Finish’s Master uses another such moment as a framing device. This time, without solitary villain assembled his formidable weapons of mass domination, a story asks, “what happens next?”

It’s not a linear or straightforward answer. The Doctor pretends not to meddle, while doing exactly that. Ace is there to provide commentary, distractions, and a little lighthearted humour in what might otherwise be a flatly serious story. The cyclical framing is a clever literary device to keep revisiting and amplifying the theme.

The Doctor’s chosen rehabilitation project, Sean Calvin, isn’t a cardboard cutout Who villain, but someone whose flaws (thinking he knows best, repeated declarations of his own genius, passing judgment on those around him) are far too much like the dark side of nerd-dom. We’ve all met fans, gamers and geeks like him. So he’s on the one had intensely exasperating, and on the other immensely human.

I’m afraid I’ve spoiled too much already with these comments, so I’ll just say: a good little story. Producer and Dalek Supreme Nicholas Briggs gives it the care and attention (and Scottish accent) it deserves.

I like the hack that the Doctor can’t change important Fixed Points in time, but he can give a little nudge to influence how its inheritors respond.