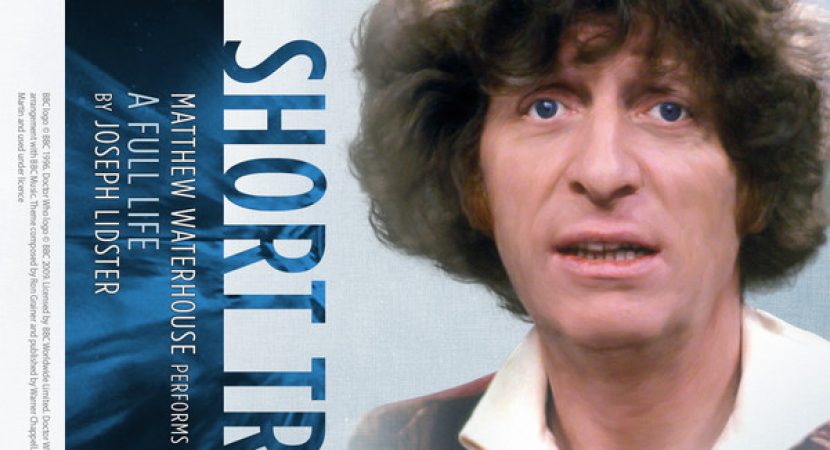 Adric finally receives the Big Finish treatment, fleshed out into a full-fledged character in this 40-minute audio that feels more like a Companion Chronicle than a Short Trip. It’s framed as a recording, which introduces a paradox from the start: how could Adric have lived long enough to leave any kind of memoir? And who is the listener he’s addressing?  The Doctor? Nyssa? Or somebody else?

Adric tells how he, the Doctor and Romana came across yet another planet in e-space where the dead won’t stay dead, but at least there’s no vampires. They soon discover that resurrection on Veridis is both a blessing and a curse. The Doctor and Romana think it ought to be stopped. Adric, still mourning his brother, feels differently.

Some must die so that others may live. But who? Who decides? And which of them really ought to be dead?

K9 doesn’t play much of a part in A Full Life, and the Doctor and Romana are sidelined for part of the story. Even so, there’s several great character moments which capture their personalities and their sparkling dynamic perfectly. This is Romana and the Doctor back when the chemistry between Lalla and Tom was spilling over from real life into the show.

Matthew Waterhouse rises to the occasion, sounding more relaxed and confident than in the Fifth Doctor boxset two years ago. He evokes Tom’s and Lalla’s mannerisms surprisingly well. His portrait of Adric is more nuanced, either because he’s shaken the rust off, or because director Lisa Bowerman helped him work on a slightly different approach. I hope this carries over to the 2017 Fifth Doctor trilogy.

Not that I didn’t like Adric back in the day, but let’s face it, he was the Wesley Crusher of Doctor Who. This story fondly acknowledges his flaws while extrapolating beyond them, bringing to the fore his strengths as well as his weaknesses in the same way that Big Finish rehabilitated Peri. Romana’s skepticism and eventual acceptance of Adric, third wheel that he was, serves as a vehicle to help us see more clearly what the Doctor sees in him.

There’s a few poignant continuity nods as well as handwaves to make it work. I pardon them, because it’s a good story.

“A whole other life lived” is common SF trope, (think Eternal Summer). It’s a great vehicle for exploring Adric’s untapped potential, reminding me of two of my favourite Star Trek stories, Inner Light and, especially, The Visitor. The gradual death of the TARDIS and K9 are stark visual images that add to the pathos. There isn’t all that much time to build up a picture of Adric’s other life, but it sounds convincingly real and down-to-earth, with some heartwarming moments. I loved Adric stepping into the Doctor’s shoes and going so far as to consider taking his grandson on adventures.

Big Finish is usually handicapped by the fact that we know in advance that the regulars will outlive the story, but this time it felt like all bets were off. The characters who ought to survive, Romana and the Doctor, die and stay dead, while the Boy Who Died doesn’t. He has to rescue them, but if he does so, his family will probably wink out of existence. Or will they? Is his grandson (?) listening to the recording before or after he repairs the timeline? We don’t know for certain. I like the fact that the story retains that ambiguity right until the end in a clever play on Adric’s last words.

Even if it does make me ponder how Adric got away with introducing a bigger change to the web of time than poor Nyssa could in Prisoners of Fate without triggering a dangerous paradox. But Doctor Who has always stretched strands of canon this way or that for the sake of a good yarn.

Finally, I appreciate the low-key revelation that Adric is bi. It’s not and shouldn’t be a big deal. It’s just a relief when a favourite franchise acknowledges that some people like oneself do exist in all of time and space. Also, with all due respect to the marvelous Captain Jack, it’s a relief to have a bi character who avoids the “bisexual = promiscuous flirt” stereotype that’s so often heaped on our heads. Thanks, Big Finish.